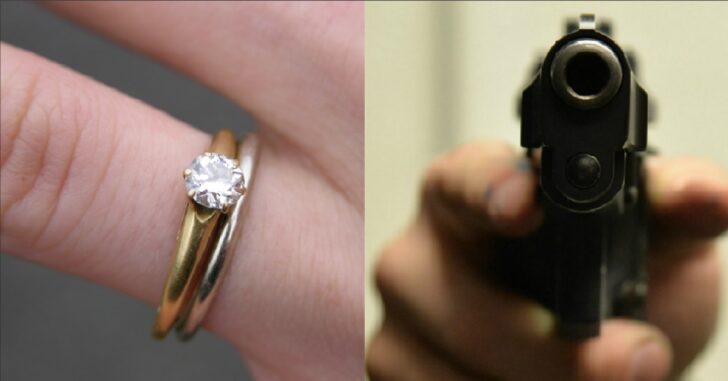 A woman and her fiance were living together when a dispute between the two threatened to take the woman’s life, the St. Louis Post-Dispatch reports.

Fortunate for the woman, she was armed, and although he was on track to be her husband, she defended herself forcefully enough that her fiance was killed.

According to the St. Louis Post-Dispatch:

A woman who fatally shot a man inside her home Tuesday did so in self-defense, police say.

Police characterized the incident as “domestic” Tuesday afternoon, and said Thursday that they would not seek criminal charges against her for the death of 34-year-old Randall Gaston. The couple were engaged and living together, according to police.

Florissant officers were dispatched to the home, in the 200 block of Raymond Drive, for a “domestic homicide” about 12:45 p.m. Tuesday, according to a press release from the department. Once there, a woman told them she lived there and let them in. They found Gaston inside with what appeared to be gunshot wounds.

None of the news sourcing reporting on the incident noted the circumstances surrounding the shooting, other that there was conflict and that the shooting was in self-defense.

It’s yet another instance of self-defense in which a woman who might otherwise be vulnerable to serious domestic violence is able to remain safe, if the worse the wear from the experience.

The number of women that keep firearms continues to grow, and we couldn’t be happier about that. If you have a friend or family member that shows an interest in acquiring a firearm for home defense or concealed carry, be sure to invest the time to help them decide what firearm and training will be the best fit for them.

It’s a sad story and encounter, but it could have been worse had she not been armed.

Previous article: Concealed Carrier Shot And Killed By Police After Reaching For His Gun That Fell Out Of It's Holster Next article: Winning AGAIN: As of July, This State Is Charging Less Cash for Carry Licenses