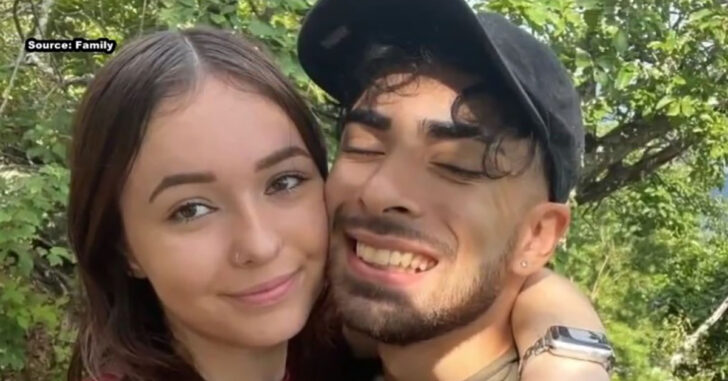 CLAY COUNTY, ALABAMA — A Florida college student is dead after police say he was shot by a woman who tried robbing him and his girlfriend after they stopped to help her with apparent car troubles on the side of the road.

Adam Simjee and his girlfriend, Mikayla Paulus, were driving down the road and noticed a woman trying to flag them down, later identified as Yasmine Hider. The couple stopped, wanting to offer assistance to Hider.

“When the couple attempted to assist Hider, she produced a gun and made the couple walk back into the woods,” the news release said. While in the woods, Simjee pulled out a gun and “there was an exchange of gunfire.”

Simjee was shot and killed, but was able to shoot Hider multiple times before he succumbed to his wounds. His girlfriend Mikayla was not injured, and immediately began rendering first aid in an attempt to save her boyfriend.

Police would later learn that a group of people living ‘off the grid’ in the forest nearby is likely the place that the women came from, and the group is identified as “armed and potentially violent.”

Police found a ‘base camp’ and encountered Pinkins with a 5-year-old child. That child was holding a loaded shotgun, which was thankfully placed on the ground. Pinkins was then taken into custody and the child into protective services.

Simjee is being called a hero by Mikayla’s mother, Heather Lambert, as well as Mikayla herself.

“I was just bragging at work how he’s the one. She found her ‘soulmate,’ and for this to happen, it’s just… but if he wasn’t there, I don’t know. Even my 7-year-old daughter said, ‘Mommy if Mikayla had another boyfriend maybe she wouldn’t have lived.'”

Off-camera, Mikayla described her boyfriend as a hero, saving her life from a person who looked to do them harm.