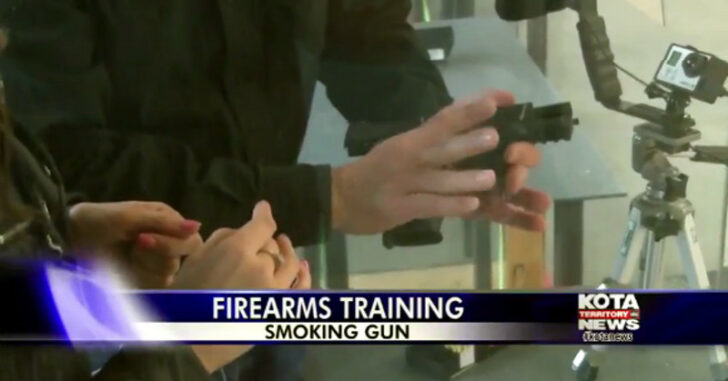 PIERRE, SOUTH DAKOTA — In the midst of so much executive action to restrict gun purchases, South Dakotans are coming out in record numbers to seek their concealed carry permits.  According to KOTA News, South Dakotans permit numbers sky-rocketed in December from 1,423 in 2014 to 2,968 in 2015.  And according to South Dakota’s Secretary of State, that’s a trend that is expected to continue.  As of the end of 2015, initial numbers indicate that 85,273 people have active concealed carry permits in South Dakota.

It is a trend the secretary expects to continue “while there are national security concerns and as long as restrictions to the Second Amendment are a top issue at the federal level,” Secretary of State Shantel Krebs said explained.

To those of you just joining us from South Dakota, welcome and hello!  We’re a friendly group and you can guarantee we don’t want to take your guns — unless we’re going to the range to go shooting.

This story closely mirrors the sort of candor we’re seeing in Spokane, Washington, where public officials had to turn applicants away because they showed up in record numbers and overwhelming Spokane’s forensics division with applications.

Good news for South Dakotans and, actually, it’s good news all around outside of the frustration of those waiting in line to get through this process.

Most importantly, we need more concealed carriers.  We need everyday carriers.  If you’re a responsible adult looking to exercise your right to defend yourself, concealed carry is perhaps one of the best ways of doing that.

Previous article: Would The NYPD Going 'Smart Gun' Be A Dumb Decision? What If It Happened... Next article: Concealed Carry Applicants Turned Away In Washington -- What A Turn-Out!