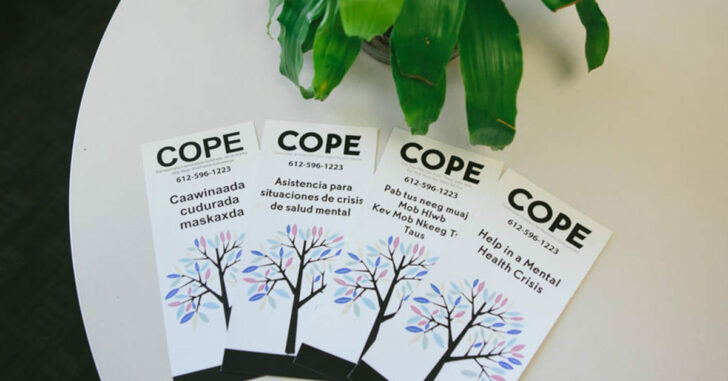 RICHFIELD, MINNESOTA — Last May, Hennepin Community Outreach for Psychiatric Emergencies (COPE) requested police from Richfield to confiscate guns from a 74-year-old law-abiding gun owner who was seeking help for psychiatric problems. That gun owner appeared in court trying to get those guns returned to him. He has broken no laws and has no history of violence and even has a permit to carry concealed — which he does when he rides on public transportation.

The question is: are police qualified to be psychologists?

“The street cops nowadays have to be a psychologist,” Lt. Mike Flaherty, a Richfield Police Department spokesman said. “People don’t wear nameplates saying ‘paranoid schizophrenic.’ So the police have to go in there and make judgment calls.”

According to court documents, the former gun owner was diagnosed as having a “mild bipolar condition that is well-controlled”. His own psychologist advocated for him to the judge saying that he takes his medications and poses no danger to himself or others. The gun owner attests to the fact that he has handled firearms his entire life and his Christian beliefs forbid him from lying to others or hurting others. His case has raised a lot of questions about the function of the state to step in and seize people’s guns on suspicion they may pose a risk to others.

“He’s what some people would say is a conspiracy theorist. It is an unusual situation,” his attorney, Paul Baertschi said. “But really, the police acted unilaterally in deciding that a person who has these beliefs can’t be trusted with a gun. And so they just took them, without a warrant.”

We’ve definitely discussed issues surrounding mental illness and gun ownership before on Concealed Nation. It’s not a new topic and it has certainly been a tough cookie to crack in terms of finding a good resolution. Here’s the thing: where a process is in place for the legal confiscation of personal property by the state, that process must be followed. That’s called regulation and it’s a part of how society functions. If that regulation does not work or it places people at undue risk or burden unnecessarily, it needs to be amended through the legislative process. Conversely, if the regulation is deemed not effective, it can also be amended to work under stricter controls.

The state should never be in the position to act unilaterally, without a warrant, in the seizure of assets — guns or otherwise.

More importantly, Hennepin Community Outreach for Psychiatric Emergencies (COPE) is a county-funded service. As such, it is beholden to taxpayers and residents to act within the just constraints of due process. The confiscation of firearms (or any property for that matter) without warrant is a breach of the fourth and second amendment — a case which will hopefully be upheld by the gun owner’s attorney.

In the meantime, the gun owner attempting to get his property back is definitely at a disadvantage. He has no ability to defend himself unarmed at 74 years of age and little recourse except suing the county for his property to be returned.

“To me, it’s just a common-sense precaution,” the man said. “Criminals don’t announce their intentions to you.”

The real problem is that his beliefs, however extravagant, are unpopular. Some would argue they border on delusional from a certain perspective. However, I would argue we all operate on a daily basis under some sort of delusion or another. The biggest identifying features of these delusions — to shy from philosophical discussion — is our capacity and intent to harm ourselves or others. That is a demonstrable phenomenon which has to be heard in court prior to being actioned on by sworn government agents. Otherwise, you can have COPE or any other agency acting “in the interest of social safety” calling the police to confiscate people’s property for any reason that can be misconstrued to potentially mean a person is harmful.

“There are literally hundreds of CIA spies in Richfield alone that harass me,” he wrote in one letter. “There are thousands of these people in the south-suburban area. I am certain I will be murdered some day.”

While I’m absolutely positive the CIA does not have the budget to pay that many agents to harass one elderly 74-year-old man, he still has a legal right to protect himself. If there is evidence that he intends to commit harm upon others, then the state should follow its process for that. Until then, leave him be. That’s how a functioning society works.

Previous article: #DIGTHERIG - Bob and his Kahr CM9 Next article: [VIDEO] People Tell It Like It Is After Police Chief Refuses To Issue Concealed Carry Permits