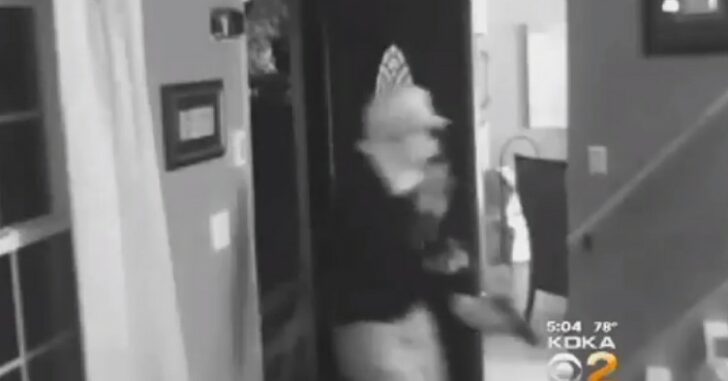 A few months ago, we asked the question: Should you carry while at home? This recent home invasion is one of many examples that shows us just how quickly your day can change, and helps to answer the question for those who decide to put their firearms away when they get home.

Two lowlifes broke into a home in Pittsburgh that just had a new security system installed which included video cameras. Some of the crime, including the break-in, was caught on the camera.

“And I looked and there was a guy,” she said. “He had a mask on and a gun pointed to me, and I was in shock and just stood there. I don’t know why, but I got up and turned toward the back of my house and tried to go downstairs.”

The two armed intruders left with money and a laptop, but not before pistol-whipping the son. They have yet to be found, and the woman is offering a $1,000 reward to anyone who can identify the men.

Before she knew it, there were two strangers in her home looking for trouble. What if she, or another occupant of the home, were carrying a firearm that they could have used to defend themselves against the evil that presented itself? The playing field would have been a little more even if that were the case.

Previous article: A Man Shoots At Someone He Thought Was A Home Intruder, But He Was Horribly Mistaken Next article: Single Mother Finds Out How Unforgiving NJ Gun Laws Are, Faces 11 Years In Prison For An Honest Mistake