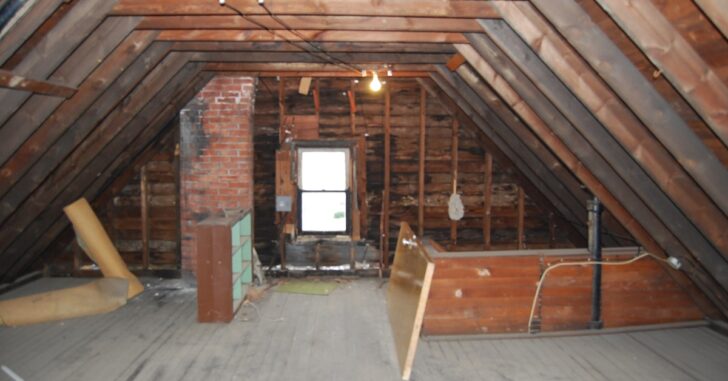 BARTLESVILLE, OK — When the owner of a vacant home decided he was fed up with multiple intrusions into his property, he took action.

Granted, he took minimal, precautionary action at the time he was surprised by a dude hanging out in his attic — he still found himself at the right place at the right time to defend one of his homes from pillagers.

The man who was shot was taken to a local hospital then to a Tulsa hospital with injuries that were not life-threatening, police said. Police shortly before 8 p.m. were called to the 200 block of NW Rogers Street, where officers contacted the owner of a vacant home, police said in a news release. The homeowner said he was checking on the home after it had been broken into several times recently.

“The homeowner stated he discovered a male subject hiding inside the attic and confronted him about what he was doing inside the home,” police said. “At some point the homeowner fired a shot striking the suspect once.”

The man in the attic is extremely fortunate to have been addressed at all, rather than engaged directly. This is not a situation in which a bad guy should reasonably expect to leave with his life, and yet he has lived to tell the tale — albeit behind bars.

Sometimes we can’t be there when crime happens — a homeowner with multiple properties can’t be everywhere at once.

Where you are, however, it pays to be responsibly-armed. I doubt this homeowner will have as much issue with home invasion in the future, and we couldn’t be happier for him.