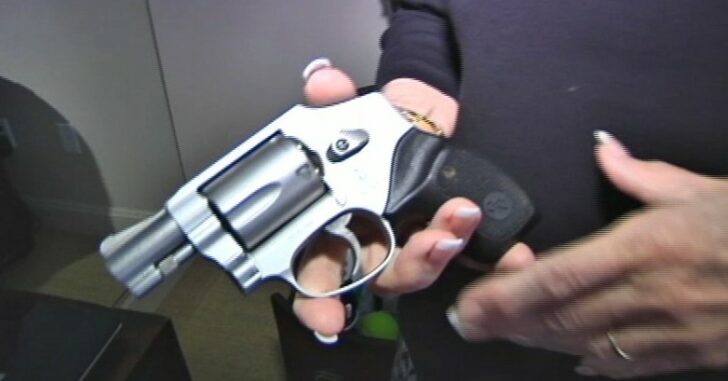 NJ Logan was at home resting after a recent hip replacement surgery when she heard some noise coming from downstairs. Knowing that no one else was home and her husband was out, she grabbed her gun and made her way down the stairs while alerting the intruders that she was armed and dangerous to their health.

Luckily, she didn’t take the advice of the operator (who has obviously never had her home broken into while she was there). The intruders fled without Logan firing any shots and the police are still looking for them.

Why a 911 operator would suggest putting your gun down during an active home invasion is beyond us (especially in a state with castle doctrine and stand your ground laws). No one knows if those intruders are armed themselves. Once the homeowner determined that the people inside were unknown to her, as far as we’re concerned, it’s fair game. Anytime a person comes into your home uninvited, they run the risk of lead poisoning.

They don’t all go this way

In a different incident outlined in the video below, a woman is on the phone with a 911 operator during a home break-in. This conversation went a little differently:

911 Operator: Ok, county 13 is advising that you can defend your property (and life) if you need to.

Caller: I don’t want to have to kill this man, but I’ll kill him graveyard dead, ma’am.

Shortly after this conversation, the woman ended up shooting the intruder and successfully stopping the threat. Had the woman in the original story of this article put her gun down, the outcome may have been much different for her. The moral of this story is to use your best judgement in a situation that you may find yourself in.

As for us, if anyone is ever breaking into our home, we have no problem making them aware that we will not be putting our guns down.