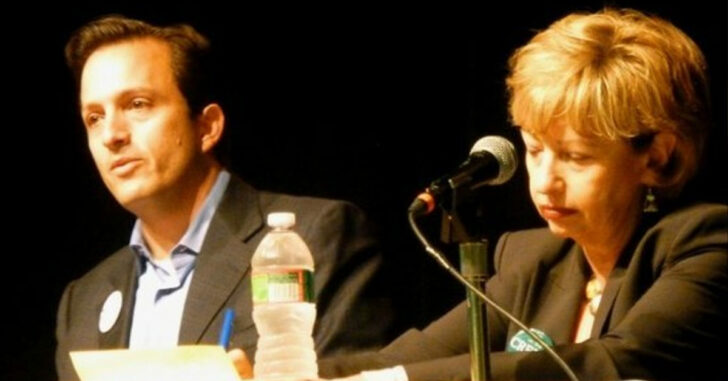 BOSTON, MASSACHUSETTS — Senator Cynthia Creem, D-Newton, has recently proposed legislation that would add a 4.75% tax on firearms, ammunition, and firearms parts. The money raised through this tax would be placed into a Firearms Violence Prevention Trust Fund, according to Mass Live.

This tax would come in addition to the 6.25% state tax already imposed on the purchase of those types of items.

“Gun violence issues have always been important to me,” Creem said. “I’ve filed gun legislation every session. I want to make it harder and harder to get guns in and get guns into the hands of people who shouldn’t have them.”

She has also voiced interest in imposing fingerprint scanners — an unproven technology which could place law-abiding gun owners at risk if they need to defend themselves.

“Some of these are just common-sense thoughts,” she told Wicked Local. “This is not telling people they cannot have a gun. I have great concerns over private gun sales, where we don’t utilize the national instant background check system.”

Massachusetts already requires all gun purchases to go through an FFL, which requires a NCIS check prior to purchase or transfer.

Her main concern may be with the number of guns flooding out of Massachusetts. Nearby New Hampshire, Vermont, and Maine impose almost no restrictions on the purchase of firearms. For gun owners in Massachusetts, it’s often times easier to sell the guns out-of-state than it is to transfer them in-state.

This tax would only affect already law-abiding gun owners seeking to purchase ammunition, parts, or firearms inside the state.

Increasingly, Massachusetts and Connecticut politicians are restricting gun ownership and carry practices for middle class and poor people in their state. It’s a form of inhibiting a basic constitutional right that has yet to be properly countermanded in court.

Furthermore, Massachusetts already has some of the most restrictive gun laws in the country. A recent unilateral action taken by Attorney General Maura Healey to ban ‘copycat’ versions of firearms she has labeled as ‘assault weapons’ is already being contested in court.

The problem is that Massachusetts politicians appear unwilling or unable to mount any resistance to legislation which increasingly makes it difficult for a law-abiding gun owner to carry. For wealthier citizens in Massachusetts, they only have to purchase property in New Hampshire in order to make full use of their constitutional rights. It’s a two-faced legislative system that seeks to keep lawful gun ownership out of the hands of the common citizen while promoting duplicitous yet legal practices for wealthier Commonwealth citizens.

As is the case in this upcoming legislative session, Massachusetts politicians will yet again have the opportunity to either unlawfully restrict and punitively charge their residents for basic constitutional liberties OR actually stand up for their constituents.

As a New England resident, I’m constantly amazed and bewildered that the state that kicked off the fight for basic liberties and governance is the leader in restricting those same rights year-after-year.

Previous article: [VIDEO] Off-Duty Police Officer Has Negligent Discharge While Detaining Juvenile -- What Concealed Carriers Can Learn From This Situation Next article: Florida Federal Court Rules That Doctors CAN Ask Patients If They Own Guns