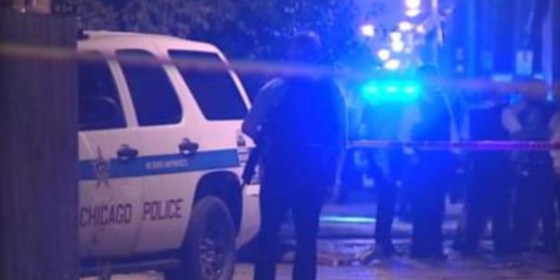 Over the holiday weekend, a total of 82 people were shot, 14 fatally. The Chicago Tribune has a page on their website that is dedicated solely to the number of shootings in the city. It’s pretty damn sad that something like that even exists, but here it is.

*Begin Sarcasm*
How can this be? How can a city with some of the strictest gun control laws on the books, allow for so many shootings to happen? If the laws are there to stop bad guys from getting guns, how on earth are they able to still get them? How are these laws failing? WE JUST DON’T UNDERSTAND!!!
*End Sarcasm*

Most of these shootings are gang related and, as surprising as this is, they obtain their guns illegally. *GASP* BUT WAIT! … Never mind, we’re done being sarcastic.

Here is a gem from Chicago Police Spokesman Martin Maloney:

“We will keep building on our strategy, putting more officers on the street in summer months, proactively intervening in gang conflicts,” Maloney said, according to CBS Chicago. “Yet, even with the best police and the best policing strategy in the world, without better state and federal laws to keep guns off the streets and out of the hands of dangerous criminals, we’ll continue to face an uphill battle.”

We respectfully disagree. “Better state and federal laws” will not do anything simply because they haven’t in the past. The key to success in Chicago is gang control. Why not put a huge emphasis on after school activities and other community events that will give kids something constructive to do. These kids grow up on the streets and are inherently entered into the gang community. Slow down the rate at which teens join gangs and you’re on the right track.

Sure, having appropriate penalties for illegal gun possession is important, but the gang members are historically not too concerned with going to jail. If they really wanted to stay out of jail, they wouldn’t be walking around with an illegally possessed gun in the first place.

Chicago can remain the black hole of America that no one wants to think about, or you can take proactive measures to curb the violence by strengthening community. Gun control is not going to lower the above statistics.

It’s funny though, that gun control advocates such as Mom’s Demand Action don’t turn their attention to places like Chicago. They’d rather talk fake statistics.

Previous article: Here is another guy who is setting us back years Next article: A Criminal Point Of View When Guns Are Not A Factor; Part I