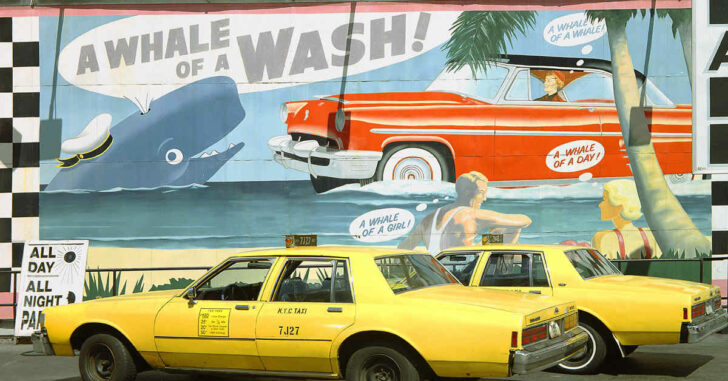 ALBUQUERQUE, NEW MEXICO — When a local cab driver was carjacked and murdered, cab drivers in the Albuquerque area were naturally put on edge. In an industry with a high volume rate and easy targeting by the criminal class, cab drivers are routinely exposed to acts of violence. One instructor decided to take the initiative and offer discounted concealed carry classes for cab drivers in the area.

According to KOAT News, John Keel used to work as a cab driver but now he is a firearms instructor who regularly teaches concealed carry courses. He felt the palpable fear other cab drivers felt after hearing about this event. The murderer in that previous case was caught but there is no apparent motive for the attack. Many Albuquerque cabs don’t have surveillance cameras or partitions in their vehicles because many companies simply didn’t feel it was necessary.

In New Mexico, a concealed carry permit is required to drive around in a vehicle with a loaded firearm. A concealed carry permit is also a smart move when it comes to insurance and liability protection. Some companies, like Uber, forbid their drivers from carrying in the vehicle — even though that’s technically unenforceable in many states. It wouldn’t be unthinkable that other big cab companies operating in Albuquerque may also place restrictions. But for those who either drive independently or drive for a company that doesn’t have an opinion on a driver carrying a concealed firearm, a permit is a great idea.

The courses are reduced to $50 and fulfill New Mexico’s requirement for a permit application. This brings one of the main prerequisites for a concealed carry permit down into a very affordable range.

Overall, this is a great initiative by a businessman who understands the stresses that cab drivers face.

Fun fact, I drove a cab while I was in college. Prior to driving a cab, I wasn’t a concealed carrier. For whatever reason, I just felt I didn’t need to carry a gun. In the first three days of driving a cab, one of the older cabbies pulled me aside and asked me if I was carrying. I didn’t even understand what he was asking.

“A concealed handgun,” he explained. “What are you packing?”

I shrugged and said I wasn’t carrying anything.

“That’s dumb. If you’re driving around here, you need to carry.”

I laughed it off but he kept on it.

“I’ve been driving a cab for twenty years,” he said to me. “I’m not saying you’ll ever need it, but if you do need it, you need to have it.”

By the third day of driving a cab, I had definitely encountered quite a bit of questionable activities. The calls would often come in to drive into very rough parts of town at three or four in the morning. Driving through downtown on a Saturday night, I’d see fist fights break out, people vomiting, and always the potential for some local conflagration to spill out into my cab. While I never did encounter a direct scenario where a gun would have been appropriate, there’s certainly plenty of times I drove down streets where the potential for violence was possible.

It was while I worked that job that I decided I needed to take a concealed carry course to fulfill New Hanover County Sheriff’s Office’s requirements for a permit. It was $180 for the course — which hurt as a college student. After I got the permit, I had to wait another ten days for the Sheriff’s Office to process my paperwork. New Hanover County took my fingerprints and I waited two and a half weeks before my appointment. I sat down across from a deputy who asked some routine questions and afterwards, it was ten more days until the permit arrived.

The initial course was easy. I had some familiarization with pistols from my time in the military. But when I started carrying in my cab, it was honestly a little bit stressful. I was very conscious about where the gun was located at all times. I never left the gun in my car if I could help it. The first holster I owned dug deeply into my side after 10 hours of sitting down. And, to be honest, I seriously contemplated several times if it was worth the effort.

But I’ll never forget the number of times I had to pick up a beaten or battered woman waiting outside for a cab and have her deadbeat husband or boyfriend run out and say dumb things. Those high stress scenarios happened more than I care to think about. While I never saw a man pull a gun on me or one of my fares, I definitely saw my share of pistol grips hanging out of low, saggy jeans. I also learned how important it was to always de-escalate.

As a cab driver, I was continually inserted into the tumultuous lives of people from across the socio-economic spectrum. With no context or background, I would drive into these people’s lives and they would place their trust in me to get them to where they needed to go. And I had to trust that they wouldn’t rob, beat, or kill me.

You hear a litany of different excuses, stories, and lies that range from the tragic to comedic. That job, and that older cabbie who gave me a few pointers, sticks with me to this day. And, it’s why I carry concealed every single day, everywhere I go.

It’s good to see local business backing up the livery.

Previous article: [VIDEO] How Bad Is It To Get Shot At Point-Blank Range? Next article: [FIREARM REVIEW] HK P2000sk