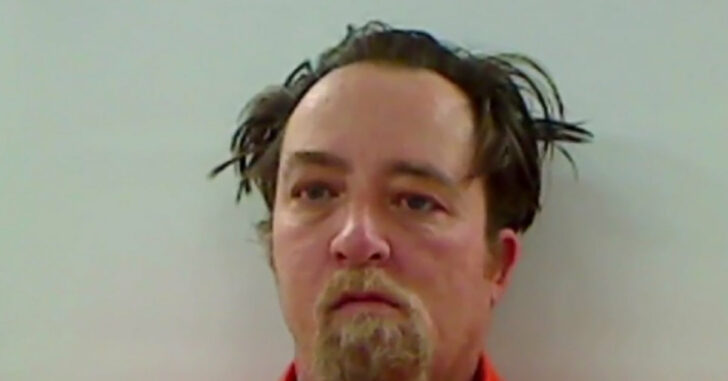 RICHMOND, MAINE — A man shining a flashlight through the glass door of a couple’s home was undeterred by the presence of a pistol. The female occupant of the home initially saw the man and asked who he was. He asked her who she was. It was then that the woman realized this man was likely not well in the head. Unfortunately, as the situation progressed, the man became more irritable and erratic.

According to WSCH 6 News, the couple hesitated in contacting 911 because they knew something wasn’t right with him. It’s rural Maine, in the middle of a very frosty spring, and the man at their door had no shoes on.

“He’s in the middle of Maine with no shoes on,” said one of the occupants. “Number one red flag. He needs some help.”

The man, identified now as 42-year-old Shad Hembree, smashed the window of the couple’s front door. That is when the homeowner shot him in the shoulder to deter him from advancing any further. Hembree was not deterred.

“I was aiming at his face, and I just really didn’t want to take his life – I just wanted to get him away from the situation,” said the homeowner.

Hembree walked around to the front of the house and sat down, bleeding, until police arrived. Police took Hembree into custody and got him treated at a local hospital. Outside of a broken front door and a smashed window on one of their vehicles, the couple said they were shaken but alright. They credit the proximity of a pistol for ensuring their safety that night.

Not every intruder we run across may have specific bad intent. There are those who suffer from mental illness — sometimes exacerbated by the use of medication, drugs, or alcohol. It’s hard to know what’s causing the problem but your safety is always paramount.

While normally it’s never policy to aim for anything other than center of mass in a defensive gun use situation, this was a personal choice made by homeowner given some rather unusual circumstances. His willingness to take a calculated risk may have saved Hembree’s life.

As it turns out, Hembree lives down the street from the couple though they’ve had no previous interaction with the man. Hopefully, after this situation is cleared up and Hembree is able to get the treatment he needs, they’ll be able to resume a relatively normal living situation. However, it’s certainly likely that the proximity of their pistol will remain close.

Keep a pistol or firearm closeby when you’re in the home. Should a situation erupt whereby you need it to protect yourself, you’ll be instantly glad it’s there. This couple exercised a great deal of caution and concern for a man acting violently and erratically. That takes a good deal of intestinal fortitude.

Previous article: Man Kicks Down Door, Woman Has Gun On The Other Side And Uses It Next article: What Could Ever Make A Father Shoot His Own Son? This.