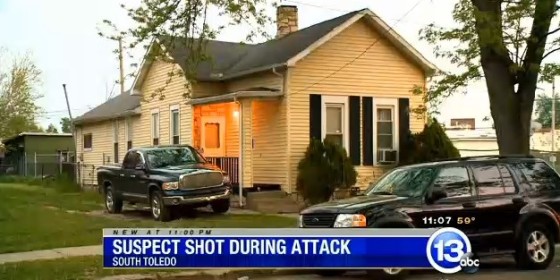 In South Toledo just a few days ago, a man attempted to attack a couple with a bat. The suspect managed to hit the male in the arm with the bat, but was in for a surprise when the woman quickly pulled out her concealed firearm and shot the bat-wielding suspect twice.

Not long after, the suspect made his way to a local hospital seeking treatment for a gunshot wound to his leg.

There is no telling what would have happened if the woman didn’t have her concealed carry permit and firearm with her that day. We’re happier not knowing.

Previous article: VIDEO: RESTAURANT EMPLOYEES ASSAULTED DURING ARMED ROBBERY AT RESTAURANT WITH PROMINENT "NO GUNS" SIGN Next article: Shooter kills six people in Santa Barbra while driving around in his BMW