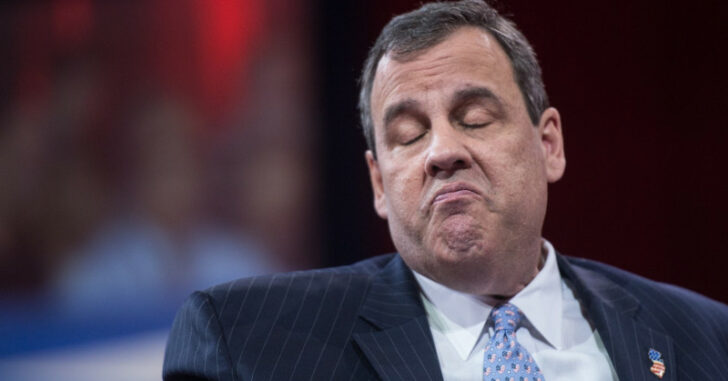 NEWARK, NEW JERSEY — Deep within the dark heart of Mordor, a report has been issued forth from a committee formed in classic New Jersey fashion — by appointing your buddies to get paid to state the obvious.  That’s right, Gov. Chris Christie of the great Garden State has commissioned a group of his old buds to officially prognosticate on how New Jersey’s gun laws are completely FUBAR.  North Jersey News reports that the panel has *gasp* correctly shown that New Jersey’s gun laws are not uniformly applied and it is preventing law-abiding citizens the ability to protect themselves.

Not discrediting the actual conclusions of this study, but I’m a bit dubious as to the timing.  But before we get into all that, let’s look at the panel.

So what did these mighty geniuses conclude?  The panel concluded there’s plenty of things that “could be taken to improve conditions in New Jersey that prevent law-abiding citizens from exercising a fundamental right. This is especially important when those citizens are or may be the targets of domestic violence and other criminal acts.”

The recommendations of this panel include:

The idea is that by setting uniform criteria and getting the courts to expedite these carry permit decisions, more residents of New Jersey may have access to a carry permit and be able to legally own guns.

That’s all well and good (AND SHOULD HAPPEN) but it’s strangely an anti-gun advocacy group that made it absolutely clear why Christie — who’s been in office in various capacities in New Jersey for longer than I’ve been alive — to begin restoring constitutionally given rights to his own constituents.

Bryan Miller, executive director of Heeding God’s Call to End Gun Violence, called the report politically motivated and an attempt to bolster Christie’s presidential campaign. “This is a jury-rigged attempt to boost his polling among pro-gun forces in New Hampshire,” Miller said.

I will not disagree.

Scott L. Bach, executive director of the Association of New Jersey Rifle and Pistol Clubs, said in a statement in response to this committee’s findings,

“New Jersey is notorious for its medieval treatment of gun owners and contempt for the Second Amendment, and the commission’s recommendations would address some of the most blatant abuses,” Bach said.

Gov. Chris Christie has officially endorsed the findings of this committee which means perhaps the only thing good to come of Christie’s entire campaign is that it’s finally lead to some slightly amount of reprieve for people living in his home state.

“New Jersey citizens should be permitted to defend themselves and not encounter unlawful delays and impediments,” Christie said in his endorsement.

Well, let’s see if the proof is in the pudding, Governor.