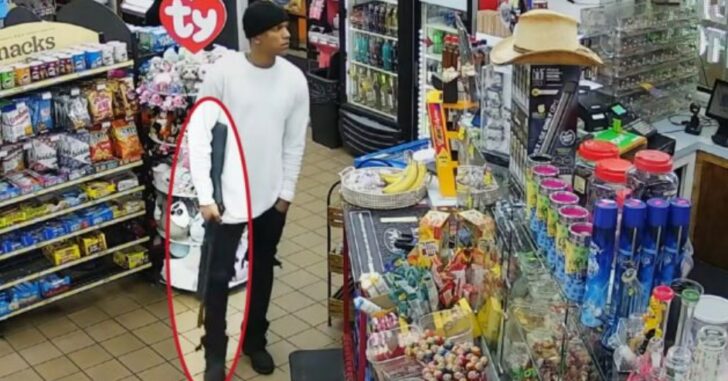 The Escambia County Sheriff’s Office said it best: “Words seem to fail you when your felony attempt is thwarted by lawful and righteous force.”

Earlier this month, a man armed with a Benelli shotgun at his side entered a Florida convenience store. He noticed no one was around or behind the counter, so he stood around and waited. What he didn’t know was that the clerk saw the suspect arming himself while he was outside of the store. He quickly runs to the back office to arm himself with his personal gun.

Once the suspect realizes he has a gun pointed at him, he starts babbling nonsense about being from Chicago and “not being from around here.” After a brief exchange with the clerk, the suspect decided it wasn’t the best time for a robbery and slowly walked out of the store.

The police located the suspect a few days later and arrested him. He was charged with openly carrying a prohibited weapon and attempted robbery with a firearm. They also recovered the shotgun.

The Sheriff’s Office ended their statement with: “You’re not in Chicago anymore; you’re under arrest.”

It looks like the high-quality surveillance cameras this store had installed quite possibly saved this clerk’s life. Had he not seen the armed suspect before he entered the store, the clerk may not have had enough time to retreat to his office to arm himself. But at least he did have a gun to defend himself with. It just would have been better if he had it on him. You may not have the luxury of time if you find yourself in a similar situation.