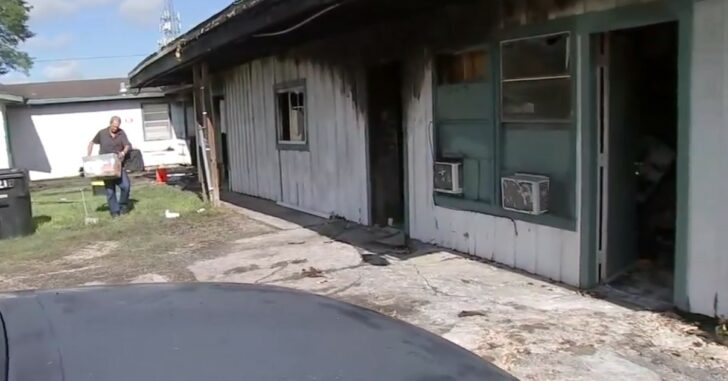 HOUSTON, TEXAS — A suspect is dead after police say he set fire to a home and waited for the occupants to run out, and when they did he fired upon them. The suspect also fired at responding firefighters, who needed to take cover as soon as they arrived on scene.

The incident happened around 1 a.m. local time on Sunday.

Three victims died at the hands of the suspect. According to the landlord, one of the victims was the property manager. Two additional victims were injured.

Police responded and found the suspect, who was then shot and killed by one of the responding officers.

The landlord stated that the suspect had been a tenant since 2013 and stopped paying rent. He was recently evicted and handed in his keys on Saturday.

Police believe the suspect, a recently evicted tenant in the same location, could have been looking for revenge. They say he set fire to a building in hopes of having neighbors come out, and then he would open fire on them.

One shotgun was recovered at the scene.