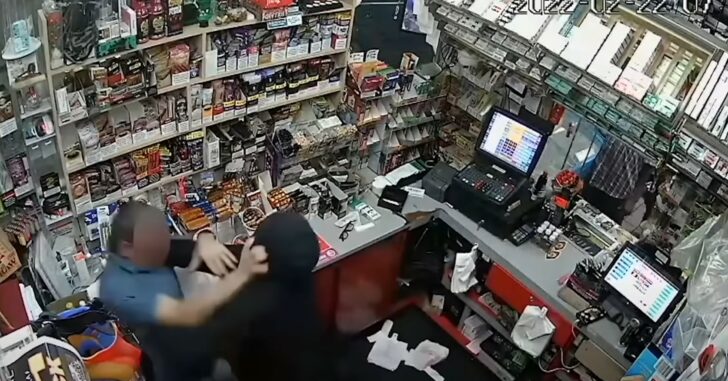 When punches are being thrown, it can be incredibly difficult to get away, especially in the confined space that the clerk below was in. The attacker came from the right through an open door, which is an issue that could have negated this attack altogether.

The clerk, who was armed with a handgun and carrying in the 5 o’clock position, was eventually able to draw that gun and fire on the suspect, striking him and ending the attack.

There are a few points to mention here, including;

Overall, this clerk did an excellent job staying in the fight, and waiting for a good moment to draw his firearm.

Previous article: Compliance Doesn't Always Work, And No One Is Coming To Save You Next article: Woman Manages To Shoot And Kill Man Who Was Trying To Choke Her Out Inside Vehicle