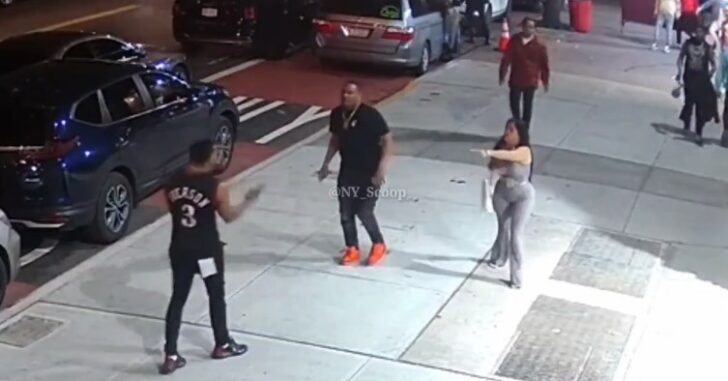 BRONX, NEW YORK — It takes all kinds, and here we have a person using a gun to try and win an argument and another person with an ego so huge, he needs to win even after being shot.

This incident occurred in the Bronx, date unknown. The two men were reportedly in an argument when one of them pulled out a gun. The other man almost seems to call his bluff and walks towards him, at which time the man with the gun fires.

Bronx: Loring Place North & W Fordham Road, @NYPDnews/@NYPD52Pct and @NYPDDetectives are investigating after a person was shot to the leg. Aided was taken to the hospital in non likely condition. Suspect fled in a white Honda Accord. pic.twitter.com/bPmv18KZfn

In addition to the victim not getting somewhere safe, there are multiple other people just hanging around –and walking towards– the man with the gun who has already shown that he’ll use it.

As a website that promotes both responsible gun ownership and self-defense, this was neither. Additionally, if you find yourself on the receiving end of a gun, your job at that point is to either get somewhere safe or fight like hell, neither of which occurred in this instance.

The best way to avoid all of this is to avoid confrontation, and also pay attention to the people you spend time with. And/or check your ego. I can’t say for certain what exactly went down in this case, but it was clearly a mess.

Avoid conflict, avoid bad people, and don’t egg someone on who is pointing a gun at you.