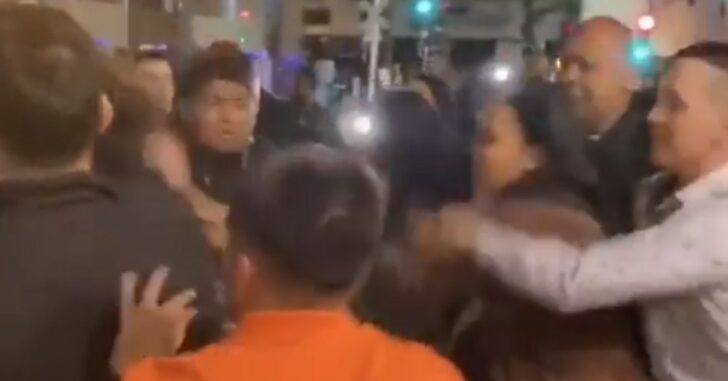 SACRAMENTO, CALIFORNIA — 6 people were killed and at least 10 injured in a shooting that took place in the early morning hours on Sunday near a strip of nightclubs, and police are still searching for the suspect or suspects.

The shooting is said to have spanned an area of 2 by 4 square blocks. Video of a fight that allegedly broke out just prior to the shooting was posted online, which can be seen below. Gun fire is heard in the background towards the end of the video. Whether or not it was related to the fight is not clear.

Another video gives another look at the chaos, capturing many more shots being fired.

An additional video seems to show a lifeless body lying on the street, with possible other victims close by.

Police do not know if the victims were specifically targeted, or if this was a random act.