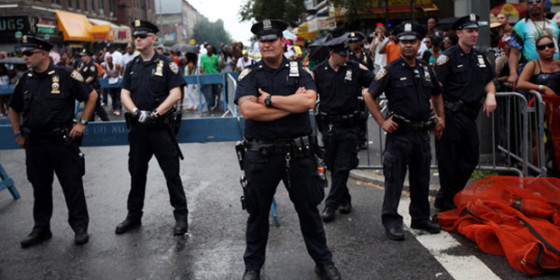 “The number of murders in [New York] city has been declining for years, but 2015 is bucking the trend,” ny1.com reports. Huh. So I guess the passage of the unconstitutional gun grab known as the SAFE Act didn’t reduce violent crime as advertised. I’m not a criminologist, but I’m thinking the court-ordered demised of the Big Apple’s equally unconstitutional “stop and frisk” policing policy – a decision with which I wholeheartedly agree – might have had something to do with the city’s firearms-related homicide surge. And quite the surge it is . . .

While overall crime is down 11 percent in 2015, there were 54 murders in the first two months of the year, compared to 45 last year, a 20 percent increase. There were 151 shootings, an increase of 20 percent as well. The number of shooting victims this year, 170, is up from 140 at this time last year.

The NYPD says the use of marijuana is a big business and has become a big problem. Police say a lot more people are getting shot and killed over pot, compared to cocaine and heroin.

“We are not seeing that type of issue, that type of violence related to those other drugs, but we are seeing it with marijuana,” said Police Commissioner Bratton.

In fact, police say seven people have been killed so far this year because of drugs and all were because of weed.

“These are all rip offs, these are not turf battles. These are rip offs of marijuana dealers, robberies. That’s where we’re coming from,” said NYPD Chief of Detectives Robert Boyce.

The sale of marijuana generates a lot of cash and police say robbers are targeting pot dealers. And the gunmen are involved in selling marijuana as well . . .

The NYPD says its new policy of not arresting people for possession of small amounts of marijuana does not appear to be a factor in the spike in violence. There has been an 80 percent decrease in such arrests since 2011.

Wait! Here’s a theory I can believe in!

Police brass say the majority of shootings are gang or crew related and that five areas are responsible for the spike: the 46th, 63rd, 67th, 75th and 102rd precincts.

The NYPD is considering putting extra resources in those troubled areas. It’s also already looking at where more officers should go for the summer months.