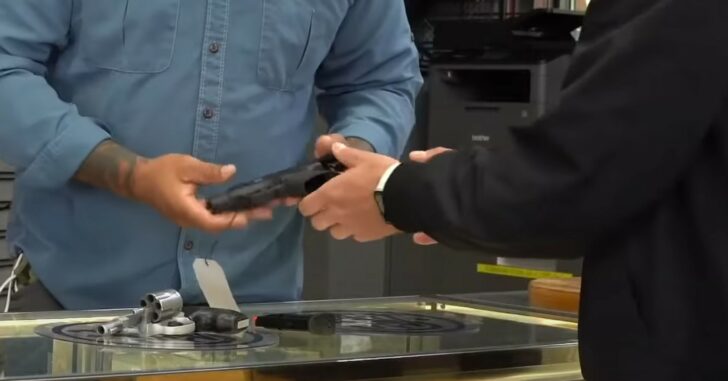 First, I wish we had a video of this. I’m sure it’s there, just not public.

A man walked into Universal Pawn and Gun Range located in Brandon, Florida after he had just left the shop. As he walked in, he had a handgun in his hand. Not in a case, not in anything, except for his hand. He then points the gun up into the air and racks the slide, and quickly has multiple employees draw their guns and point them at him.

“Put the gun down!” they yelled to the man. One employee took the gun from the man and things eventually calmed down.

“I was just trying to show you that my gun was unloaded,” is along the lines of what the man told the gun shop employees.

That’s pretty insane, and absolutely reckless and a great way to get yourself shot. I’m under the impression that this man isn’t fit to be a firearms owner right now, and needs some serious lessons in safety.

Previous article: Man Charged With Murder After "Accidentally" Killing Another Motorist Next article: Will Smith Can Commit Assault And Still Win An Award And Give A Speech 10 Minutes Later