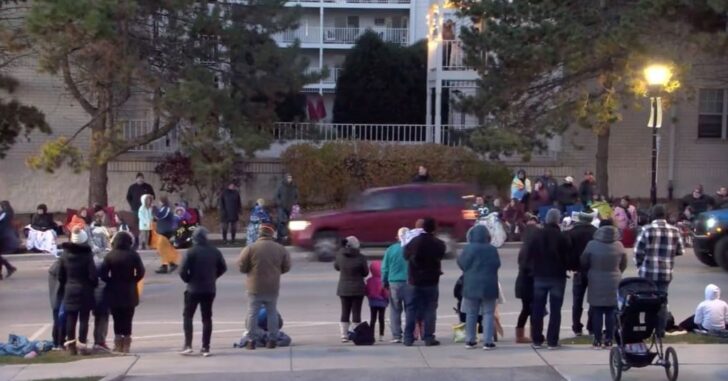 WAUKESHA, WISCONSIN — The 5 people who were killed in yesterday’s senseless act have been identified by authorities. In addition to the 5 people killed, a total of 48 others were injured, and that number may rise.

Police said Monday that the lone suspect, who is in custody, was apparently fleeing a domestic distrubance when he drove his SUV into dozens of people who were participating in a Christmas parade. Some reports state that it was a knife fight that the suspect was fleeing from.

“We have information that the suspect, prior to the incident, was involved in a domestic disturbance,” Waukesha Police Chief Daniel Thompson said during a news conference.

Earlier this month, the suspect is said to have been released on bond for numerous offenses, and he also has a criminal history spanning decades.

“The state’s bail recommendation in this case was inappropriately low in light of the nature of the recent charges and the pending charges against Mr. Brooks,” the Milwaukee County District Attorney’s office said in a statement.

In the most recent case, dating from an incident on Nov. 2, the complainant told cops Brooks had deliberately tried to run an unidentified woman over with his car after an altercation. He pleaded not guilty to the charges.

Someone will have to answer to this, and not just the suspect.

Previous article: Shannon Watts Wrong Again, Claiming NRA Is To Blame For Atlanta Airport Shooting By Felon In Illegal Possession Of Gun Next article: Strange Turn of Events Leaves One Man Dead And Another Facing Charges In Bizarre 'Break-In'