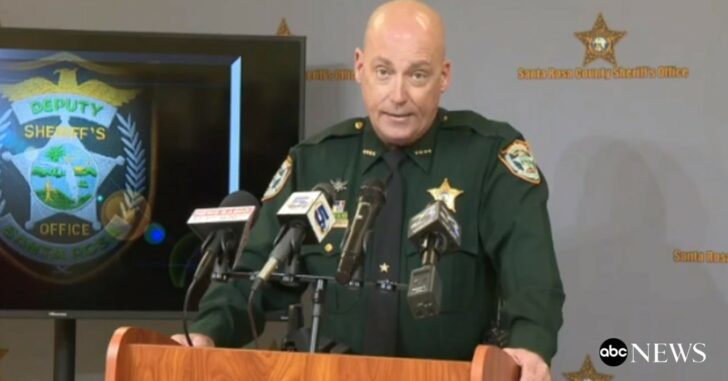 PENSACOLA, FLORIDA — The local sheriff is calling this incident a “horrible accident”, and announced that no charges will be filed against the man who pulled the trigger.

Richard Dennis was at his home when his 37-year-old son-in-law, Christoper Bergan, was arriving unannounced to surprise Dennis for his birthday.

It was 11:30 at night when Bergan arrived at the home, and he banged on the door and then hid in the bushes.

Dennis turned on the porch light, and that’s when Bergan “jumped out of the shadows” and made a growling sound. This startled Dennis, who in turn fired a single shot at Bergan, killing him instantly.

This is a tragedy all around, and there is nothing that can be said to ease this family’s pain that they will be going through for a long time.

There are many things to be said about the situation, however. Here are just a few things to highlight in this particular case;

First, any knock on the door during the late hours is cause for the use of caution. Turning on the porch light is a good step, but opening the door when you don’t have a visual on someone is tricky business. This is where security cameras come in handy, so that you can check things out –and even play them back– to really understand what’s going on outside.

Second, going outside and/or opening the door can leave you vulnerable to an ambush. While this wasn’t an actual ambush, the trademarks made it look like such. It’s tough to place fault on both parties, but I feel there is blame on both sides. For example, hiding in the bushes at nearly midnight after banging on the door, and then jumping out and growling isn’t the best way to surprise a person for their birthday.

Additionally, shooting before knowing your target leads to additional blame for the father-in-law. Instead of going out in an apparent investigation, a wiser choice would have been to try and access from inside the home, and calling police if you’re feeling uneasy. In this situation, you have a huge advantage; if it’s a person outside who is looking to come inside, all bets are off once they enter the home. This would hopefully give the person inside some time to make an identification of the person.

This article isn’t meant to call out either party, but rather to have the reader think about the scenario and think about better ways that it could have been handled.

Previous article: Excluding CA and NY, Nearly 9% Of The Adult Population Has A Permit To Carry A Firearm Next article: Dick's Goes Harder For Gun Control, Destroying $5M Worth Of 'Assault Rifles' In Their Attempt To Keep Them 'Off The Street', Takes $250M In Losses