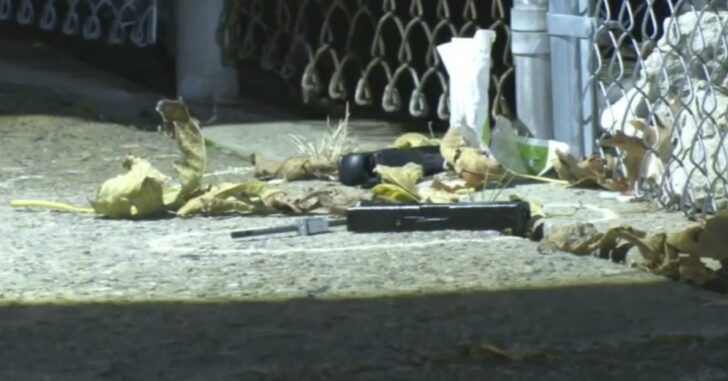 PHILADELPHIA, PENNSYLVANIA — A man was ambushed by three armed robbers after he made a delivery shortly after midnight on Saturday, approaching him and demanding money.

The man, a concealed carrier, told the robbers that his money was inside his car. As the trio were searching through the car for the loot, that’s when the armed citizen drew his firearm and shot at the men, striking two of them multiple times.

One of the suspects died from his injuries, and another is in the hospital currently listed in critical condition. Police say the third suspect is in custody.

“I don’t really like violence, but it’s in self-defense, so if he didn’t shoot them, they might have shot him, so I think, in that case, there’s not much he can do,” a woman told reporters at the scene.

This armed citizen knew that he had to wait for his moment to draw his firearm without running a higher risk of being shot. Using his vehicle and promise of money inside, he let the robbers dig around so that their attention was diverted away from himself. That’s a smart move, similar to throwing your wallet or keys to the side and away from you if you’re being robbed, because chances are their eyes will be on the valuables and you’ll have a chance to make a move.