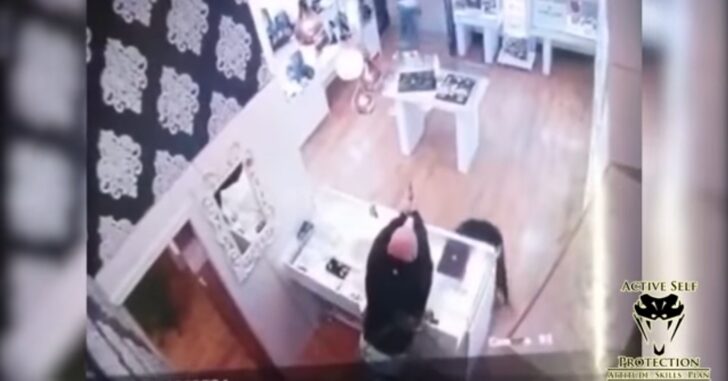 The fastest that we usually see people run on this website are the bad guys when their intended victims start shooting. It’s a wild concept, indeed, that someone wouldn’t want to be shot. A taste of their own medicine, I suppose.

Four armed robbers walk into a jewelry store. Two make it out of frame and who knows how far, but the other two are seen on the ground via surveillance video, just outside the shop where their failed robbery attempt occurred.

I’ll applaud this armed man for handling business and not leaving the store to give chase. We see this all too often, and it puts yourself in a more dangerous position. He stayed inside, however, and that’s the right move.