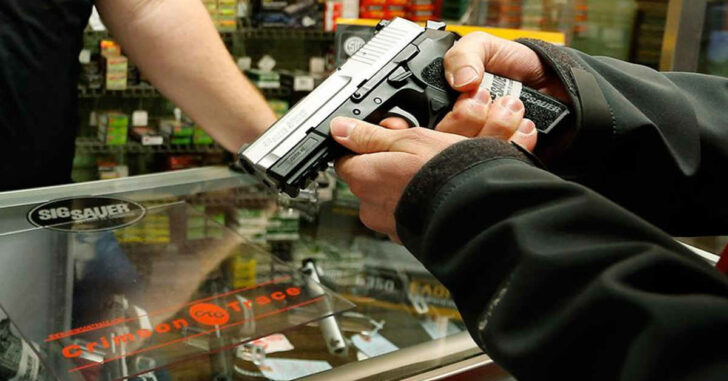 When people I’ve known for a long time find out that I carry a firearm and that I’m now training people in concealed carry, they are often really shocked. Although I grew up in an area, where guns and bows have been a natural part of life, I hadn’t considered handguns as something I wanted to own. Even into my 20’s, I wasn’t thrilled with my husband having a rifle and shotgun in the house. I just didn’t think it was safe. Why? At this point in my life I couldn’t really tell you for sure. I think it was due mostly to fear of the unknown.  I think in the back of my mind I dismissed guns as being all about testosterone. Guns were a man’s world. They certainly were not going to keep me safe, and carrying a gun never really crossed my mind back then.

Ok, so I changed. I didn’t really have some traumatic moment that changed me as so many women have had. My change of heart came from a logical conversation with my local sheriff who convinced me that I should learn to carry. It was that simple. Once I fired that first shot, I was hooked. So what’s that have to do with the title? Not much, but it sets up the basic background of the question, “does carrying a gun make you safer?” Pretty wide open question, right?

I saw a 2016 article from John Burnett of NPR entitled, “Does Carrying A Pistol Make You Safer?” While I found the article to be pretty balanced, I also found that the entire premise to be a bit flawed because you really can’t answer it accurately. As the question is asked, the answer to the question is no. A gun is an inanimate object. It can’t DO anything without someone operating it. So the real question is, are those who carry concealed more likely to keep themselves safer? To that I respond, very emphatically, yes.

My own self-protection has so much to do with my mindset and attitude about my own safety.  Situational awareness can go a very long way.  Making the decision to become a concealed carrier (if that’s a term) is more than buying a gun and hiding it in your clothing. It’s a choice that you’ve made that you are truly going to take charge of your own protection, your own life, and the lives of your family. It isn’t a license to settle disputes with a gun. It most certainly isn’t a license to look for trouble, quite the opposite, in fact. We, as concealed carriers, know that we have a very powerful tool in our belts that comes with a great deal of responsibility, not only to be proficient with its operation and use, but perhaps more importantly, to know how to lessen the odds of having to use it.   The gun is the tool of last resort. Employ awareness.

Taking responsibility for your own protection doesn’t end with walking out of the gun shop with your firearm. It doesn’t end with taking a basic pistol class or with taking an advanced concealed carry course. It’s an ongoing study and mindset of learning not only how to deal with but also how to steer clear of situations that can lead to pulling your gun. Once you do, you’ve committed to a series of events that, at worst, will end in someone losing his or her life and at very least being detained by police. In most cases, a lengthy court process, huge legal fees, lost wages, fear and uncertainty are part of the aftermath. That’s why it’s absolutely vital that you are familiar not only with your firearm’s operation but with your rights and responsibilities under the law.  As one who carries a firearm, I am well aware of these consequences, which goes back to my mindset and attitude. Sure, my main motivation is my own safety and that of my family. But, also knowing the results of a dynamic critical incident where my firearm is discharged, is a great motivator to avoid such an incident unless it is an absolute last resort.  There is also psychological aspect that I won’t get into here because I’m not qualified, other than to say, that it is going to be a traumatic experience if you have to take a human life, no matter the circumstance. Employ avoidance.

That brings us back once again to the original point. Does a gun make me safer? No. However, being a concealed carrier means that my mindset has shifted. Employing additional steps of awareness and avoidance, which grow with carrying concealed, may indeed help to keep me safer, as well as knowing that using my gun has consequences.

Previous article: Store Owner Fires Shot At Attempted Intruder Next article: #DIGTHERIG - Thomas and his Glock 29 in a Desantis Holster