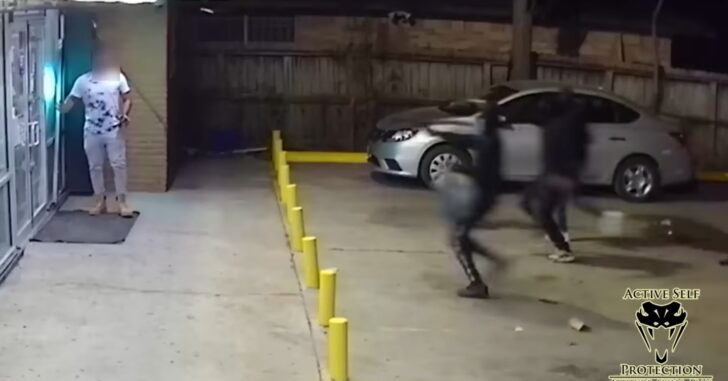 Some robbers are killers and some aren’t. The big problem is that you aren’t going to know for sure until the end, in most cases.

This clerk was outside smoking a cigarette, something I see clerks do often. They’re typically the only one there, and figure it won’t hurt to go out front for a smoke. It offers a great opportunity for bad guys, as you’ll see in the video below.

They ran up so quickly on him that I doubt he had any time to react in any fashion. Up against 3 is tough as well, and he’s quickly brought into the store at gunpoint.

Guns continuously pointed at him, and a shot at the end because he wouldn’t give up his car keys.

Luckily he wasn’t injured, but it shows us yet again that the bad guy doesn’t care about you, and will kill you for some property.