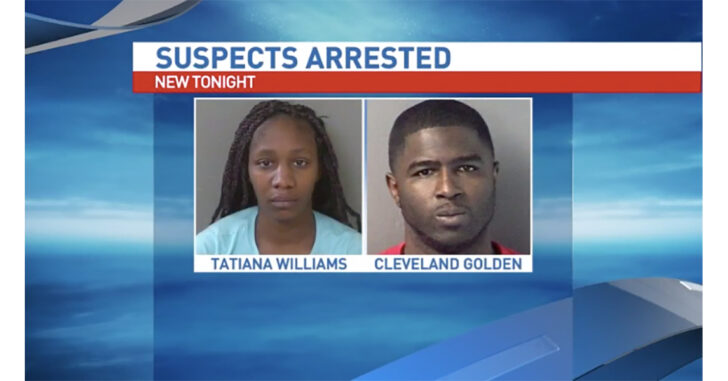 MYRTLE GROVE, FL — Three suspects forced their way into a suburban Pensacola home last week while a getaway driver waited outside. “According to an arrest report, the people inside the home and held at gunpoint were Mary Dirian and Stefan Casanova.” Then they demanded cash. At some point, one of the home owners pulled a gun. And opened fire.

Cleveland Golden, Lyntonio Quinn and David Washington took off into the night, but Washington didn’t make it as far as the car. According to the arrest report, Quinn, Golden, and Washington were seen running on surveillance from a home on 48th Avenue. The arrest report said the video shows a gold sedan pull up near the men and Quinn and Golden got inside, leaving Washington by the road to die.

Who says there’s no honor among thieves?

The victims of the home invasion initially told deputies they heard the gunshots after the three men took off. …

(Assistant State Attorney Greg) Marcille will not say who they believe shot Washington, but confirms it was one of the victims in the home invasion who pulled the trigger.

Williams, Golden and Quinn are now facing second degree murder charges in Washington’s death and could go away for life.

As for their initial denial, maybe the home owners were just frightened and didn’t want to tell police they’d shot someone. Maybe they were afraid of reprisals from Washington’s family or friends. or maybe they knew the three and there was more going on here than just a simple home invasion. This one will be interesting to watch.