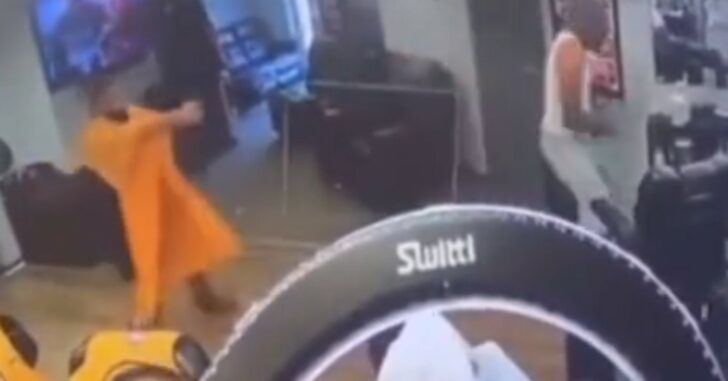 Video has surfaced that shows an armed barbershop customer, who also happens to be an off-duty police officer, waiting his turn until it’s safe to fire on a man who had just shot and killed someone in front of him. We first brought you this story last week, but now have surveillance video of the event.

Rafael Jeffers was shot and killed by Carlos Ortega, who was also allegedly involved in two other shootings over the past weekend, the Baltimore Sun reported. Dressed in plain clothes, the off-duty cop quickly went for his own weapon and fired, reportedly killing the suspect.

The suspect, who police say shot two people prior to this shooting, wasn’t expecting the man sitting in the barber chair to eventually take him down.

The suspect died at the scene, and unfortunately so did his victim, who was identified as the owner of the barbershop.

Watching an armed good guy successfully stop the bad guy is heartwarming every time. Sure we never want to see anyone die, but certain things need to be done in certain situations, in order to stop evil from continuing on.

Previous article: BREAKING: All 3 Men Guilty Of Murder In Ahmaud Arbery Shooting Trial Next article: One Minute You're Alive, The Next You're Not