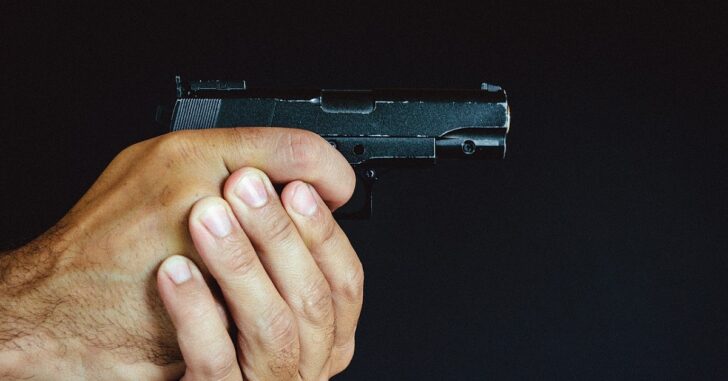 TUCSON, ARIZONA — A shooting that took place at a Tucson was reportedly billed by many as a “bar fight.”

However, the owner of Famous Sam’s bar Mark Rhude told KVOA that things were much more severe, and could have ended up much worse.

It was reportedly an active shooter situation, and a concealed carrier appears to have shut it down.

Rhude reported that his staff recounted threats made by a belligerent customer.

“He was throwing out some stuff about the KKK and something about I’ll bring a bomb back or something,” Rhude said.

Staff successfully expelled the man, but he reportedly returned about an hour later with a rifle, which he fired into the ceiling.

“Everybody heard that a little panic came on. So, he came around and was moving that gun on people,” he said.

Two customers intervened, reportedly making the attempt to get the belligerent man to set his gun down.

One of those two men was a responsibly-armed citizen.

“He then said drop your gun to the bad guy three times and bad guy wouldn’t and he leveled it right at the guy and our customer here, he shot him, apparently three times,” Rhude said.

The unnamed attacker was taken to the hospital in critical condition.

“He was a hero and I appreciate what he did because he saved you know other customers and our employees, so yeah unfortunate situation but he did good.”