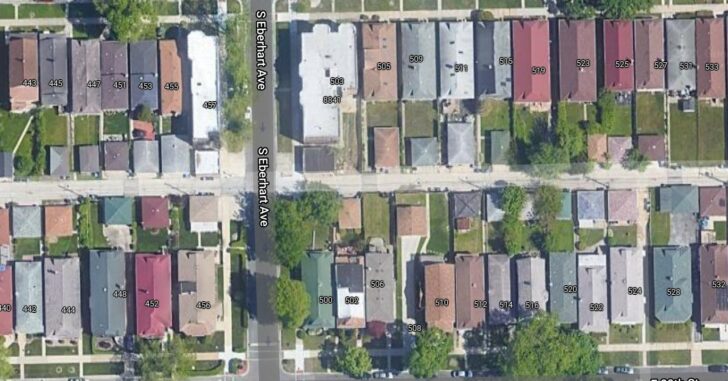 CHICAGO, ILLINOIS — A retired firefighter defended himself against a robber armed with a gun as he was inside his open garage. Police say the robber pulled into the alley between houses and approached the man, and it wasn’t long before the concealed carrier made his move to save his life.

The unidentified 77-year-old man was in a parking garage in the West Chesterfield neighborhood of Chicago at about 12:30 p.m. Saturday. The robber, who was also armed, pulled into the garage and demanded the elderly man fork over his possessions.

The man then produced his firearm and shot the robber in the head and chest, killing him, according to police.

The 500 block of of E 89th street (where the incident occurred) is made up of homes that back up into each other, with an alley in between the garages on either side, as seen below.

If one is not careful in an area such as this, it can lead to ambush-style attacks because there are numerous places an attacker can hide and/or come from.

Carrying at home and on your property is something that some people shy away from, feeling that they’re safe in that location. The hundreds of stories that we’ve covered over the years, if not thousands, tell us otherwise. This elderly man was prepared, quick and proficient in his self-defensive actions, and is alive today because of it.