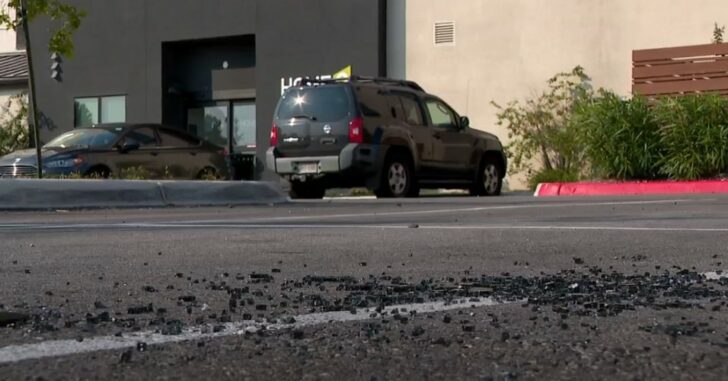 SAN ANTONIO, TEXAS — A Navy veteran was staying in a hotel with his family during a move from one state to another because of his job. Apparently, he left many valuables, including 13 guns and thousands of rounds of ammo, inside the SUV overnight.

Steven Rankin, a Navy veteran, says 13 firearms and between 3,000 to 4000 rounds of ammunition were stolen from his SUV.Volume 90% Photo: Rankin Family

The haul from the theft went into big numbers, leaving anyone devastated that so much was taken.

Firearms of different calibers makes and models along with cameras, laptops and cash Rankin says are easily worth $25,000 and vanished overnight.

He woke up during the night to a notification on his cell phone, which alerted him that his car alarm had gone off. By the time he realized what was happening, it had already happened.

Everything was gone, and now he’s worried that his guns will be used in crimes and/or to hurt someone. He’s offering a $10,000 reward for information leading to the recovery of the stolen items and apprehension of those responsible.

That same night, other vehicles were also broken into, and it seems like it’s a regular thing at this particular location.

“After the police and I met, when they came in I filed a report and apparently, the cars in this hotel, get broken into weekly,” Rankin said.

I won’t harp on this too long, but leaving anything valuable inside a vehicle, especially guns, is a big no-no and an easy way to ask for trouble. Bringing everything in, even if just the guns, for the night would have been and will always be the best option.

I’ve traveled with firearms on the road a number of times and they’d always join me inside the hotel room, without question. Be sure that you’re doing the same.