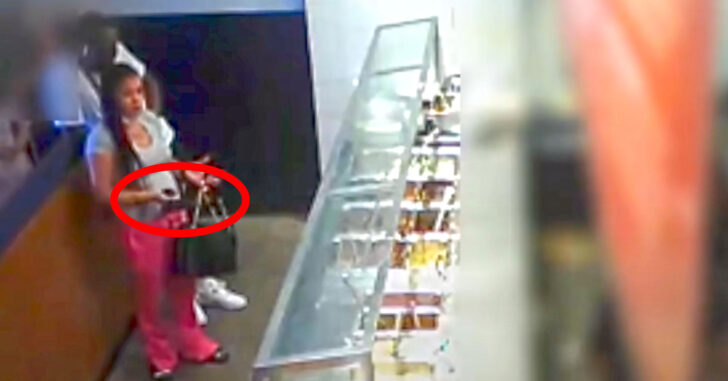 PHILADELPHIA, PENNSYLVANIA — You have to wonder what mental issues someone has to pull out a gun and demand that they get their food quicker. This woman seems to be a pretty tough person, or at least she believes this, but I have a hard time placing this type of personality in with a normal society. In all honesty, they don’t belong.

The incident happened around 5 pm on Saturday, when the manager instructed employees to close the store and to have customers order online, because they were so limited on staff. One woman wasn’t having it, because she was apparently so cranky and hungry that she felt the employees needed a little push to get things done.

She takes a gun out of her purse and demanded that she speak to the manager.

The cashier immediately pressed the security button to alert the mall security, but the customer threatened “if someone doesn’t make her food she will be back and there will be a problem,” police said.

A different employee made the decision to make the woman’s food in an effort to get her to leave. “Somebody better give me my food,” the crazy thug lady said.

The woman is currently being sought by police, after she left the restaurant when she received her order.

I doubt this woman was carrying this firearm legally, but that’s besides the fact, because the amount of recklessness and negligence she showed is only in the world of thug life.

Get a hold of yourself, woman.