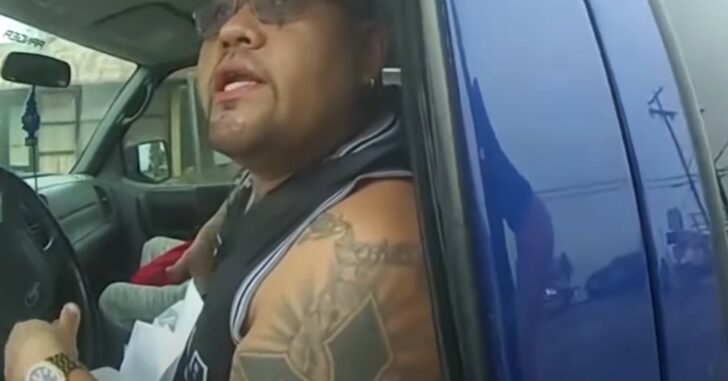 The officer in the footage below found himself in a gun fight against three occupants of a vehicle. He’s almost immediately shot in the hand –his dominant hand– and needs to act quickly in order to survive.

He backs away and gets some shots off, but his abilities to shoot are limited by his pretty severe injury to the hand.

It’s amazing to say the least that the officer was able to maintain composure and continue firing under the conditions.

In the end, this officer wins the fight. The two men in the front seat of the truck received fatal injuries, and the woman in the back seat was also shot but survived.

Don’t lie; you don’t do a lot of non-dominant shooting or training. That’s ok, because most concealed carriers don’t, but you no longer have an excuse because now we all know the truth.

I’ll admit that I’m ‘alright’ shooting with my non-dominant hand, but I still need a lot of improvement. A few years back, I first started incorporating this training and have picked up the pace. That training will continue to be a somewhat normal part of range life and training life.