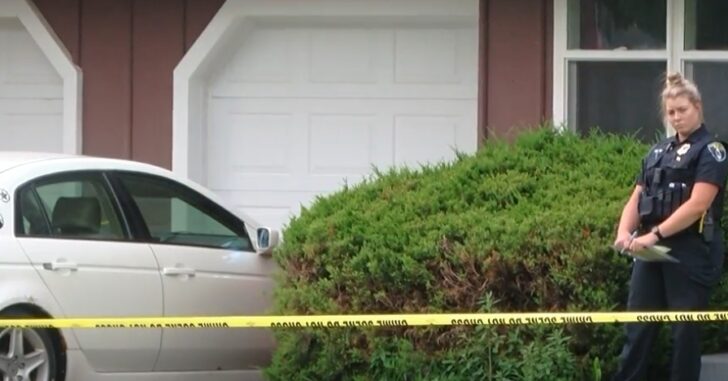 EAU CLAIR, WISCONSIN – A 14-year-old boy died on Wednesday after being shot by his sister’s boyfriend. On Friday, the boyfriend was charged with first degree reckless homicide and use of a dangerous weapon. The accused, 26-year-old Austin Vang, lived with his girlfriend and the victim, Marwan Washington, in a home on Terry Lane.

The criminal complaint filed on Friday said that Vang told investigators that he was “horsing around” with his gun and he forgot to unload it. He said he messes around with the gun all the time, saying he “pulls the trigger of the gun all the time and the gun is never loaded. I guess I loaded it.”

He explained by saying that he usually points the gun at Washington and pulls the trigger and “usually heard the gun clicking” because he “usually has the clip hanging halfway out of the gun.” During an initial court hearing on Friday morning, he was placed under a $50,000 cash bond. If convicted, he could be sentenced to as many as 65 years in prison. According to authorities, when they told Vang that Washington had died from the gunshot, he hung his head and began to cry, saying it was his fault and “I deserve whatever punishment I get.”

We couldn’t agree more with Vang’s statement regarding his fate. His “never loaded” gun that “usually has the clip hanging halfway out” was obviously loaded when he pointed it at Marwan and pulled the trigger for the final time on Wednesday, as he admittedly had done many times before.

So-called “accidental shootings,” which are almost always attributed to negligence or irresponsible firearm handling are one thing – but a voluntary admission by the suspect that pointing a firearm at his girlfriend’s little brother and pulling the trigger was a frequent form of entertainment for him is beyond comprehension for anyone. He does indeed deserve whatever punishment he gets. Let’s hope those responsible for the sentencing agree.

Previous article: It Helps When The Home Invaders Shoot Each Other, Removing The Burden From The Homeowner Next article: Good Guy With Knife Wins Fight Against Bad Guy With Gun In Self-Defensive Encounter At Work