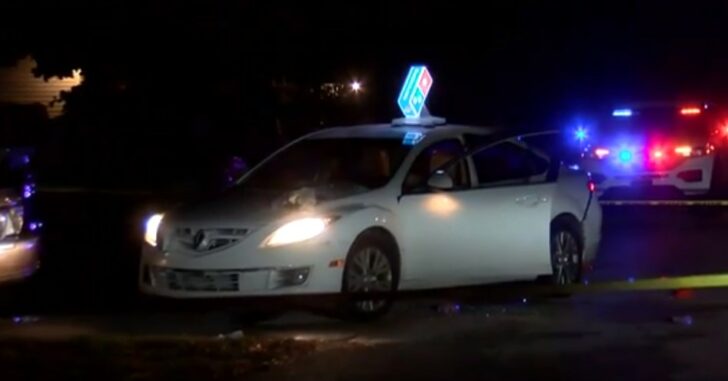 LEE COUNTY, FLORIDA — A delivery driver for Domino’s is apparently still on the job after he pulled his gun and fired shots at a 16-year-old who tried to rob him.

That 16-year-old, identified as Hayden Celin, apparently lured the driver there with a fake delivery at a home. When the driver went to deliver the pizza, Celin stole his cell phone from his vehicle. When the driver returned and noticed the phone missing, he was reportedly punched in the face by Celin and sprayed with pepper spray from a water gun.

Before he was unable to see, the driver pulled his gun from the center console and fired at Celin as he fled. Police found Celin shortly after at an apartment complex.

The discussion is vast, but let’s touch on a few important points;

Bring your phone. Your cell phone is your only line of communication in many instances. Keeping it with you, even if you’re leaving for a moment, can aid you tremendously if you’re in a bad situation. Not to mention it’s inviting a thief when they see a phone sitting unattended.

Bring your gun. Leaving a firearm in a center console for any amount of time that you’re not in the car is a no-no. A properly holstered firearm is always going to be the best way to prepare in a defensive encounter. Plus, a gun in the car unattended is asking for it to be stolen. What if Celin had opened that compartment and retrieved the gun?

Don’t shoot fleeing suspects. When they’re on the move and no longer a threat, let them go and call police. Especially if you’ve been pepper sprayed, your sight could be impaired to the point where your accuracy is absolutely out the window.

I don’t mean to throw this armed citizen under the bus, and in the end he successfully defended himself, but these are simply some points worth mentioning.