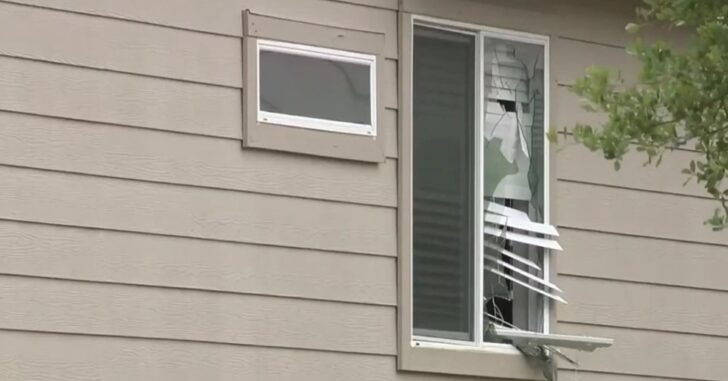 SAN ANTONIO, TEXAS – A burglary suspect had his gun taken away by an elderly victim, who then fired several shots at him. Police say it happened just after 8 a.m. in the 4000 block of Adair Bluff, near Southeast Military Drive and South W.W. White Road.

They received reports of a vehicle crash and multiple break-ins in the area. A man in his late 20s or early 30s allegedly wrecked his ride near South W.W. White Road, and then began breaking into multiple homes.

In one of those homes was an elderly man who was awakened when the suspect broke into his house. He fought the intruder and managed to take his gun away, which he then fired at the younger man. The suspect was not injured and fled on foot but was later apprehended by officers on Harcourt Avenue.

The homeowner was transported to a local hospital by EMS for treatment of minor head injuries and is expected to fully recover. SAPD has not said what charges the suspect faces, or how many homes were broken into.

While the homeowner is to be admired for his bravery, you stand much better odds against an armed intruder if you have a defensive firearm of your own readily accessible. Fighting for control of a gun is always a dangerous proposition.  Fortunately, it turned out okay in this case.

Previous article: Man Responds To Screams Of Mother-In-Law And Physically Removes Intruder From Home, Opting Not To Shoot Next article: Bat-Wielding Home Intruder Shot By Resident After Breaking Into… Wait For It… The County Coroner’s House