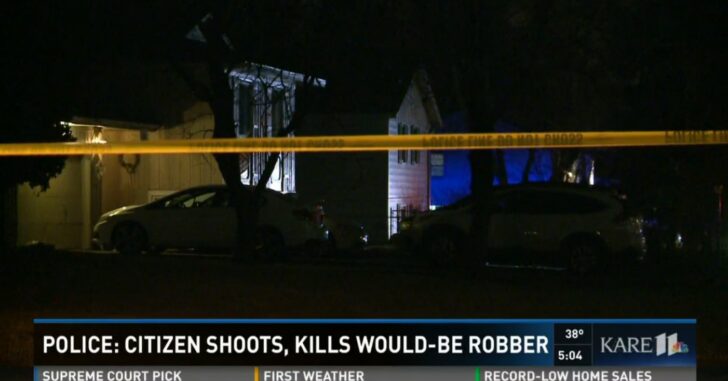 BROOKLYN PARK, MINNESOTA — An armed crook’s last decision in life was to rob a man, not knowing that the man was an armed citizen who refused to be a victim.

It happened Monday night while the intended victim was walking down the street. That’s when the suspect, who has not yet been identified, attempted to rob the man at gunpoint.

The two men exchanged gunfire about 8:05 p.m. Monday in the 7500 block of Imperial Drive, police said. Officers arrived at the scene and found the man who was attempting the robbery on the ground.

The person targeted in the robbery has a valid permit to carry a handgun and was not arrested, said Deputy Police Chief Mark Bruley.

According to one neighbor, the incident may have begun inside a home and eventually made it’s way out to the street. The article wording is a little off, however it seems that this is a clear-cut case of self-defense. The details are still unknown, but the intended victim was licensed to carry a firearm.

State Rep. Pat Garofalo stated that this incident validates a 2003 law passed in Minnesota that allows people to carry firearms in public.

“A loss of life is a tragedy,” Garofalo said. “But when a criminal pulls a gun, they risk ending their life. Concealed carry works.”