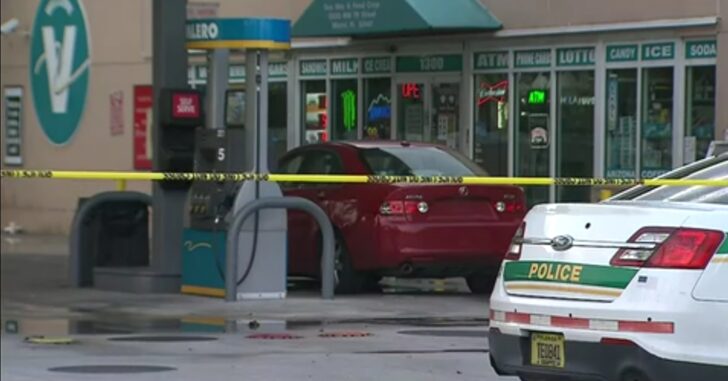 MIAMI-DADE COUNTY, FLORIDA – A 23-year-old woman who was the intended victim of an armed robbery on Saturday morning fought back, drawing her concealed carry firearm, and shooting the suspect.  The incident occurred around 7 a.m. at a Valero gas station near Northwest 79th Street and 13th Court in Miami, according to Miami-Dade police.

Details are scarce, but a spokesperson for the M-DPD said that the woman shot the would-be assailant multiple times.  Carlos Frometa, who lives next door to the gas station, told reporters that he heard what sounded like three gunshots. Other witnesses also reported hearing the gunfire, although they believed that it was closer to 7:15 a.m.

The wounded suspect was transported to Jackson Memorial Hospital, where he was admitted in critical condition. The woman’s mother told local media reporters that her daughter had a license to legally carry the firearm. M-DPD is continuing the investigation and has not commented regarding any possible charges in the case.

Another case of an attempted violent crime in a high-traffic area and another case of a legally armed using lethal force in self-defense, able to do so only because she chose to take responsibility for her personal safety and well-being. It’s certainly not the way that this woman planned to start her Saturday, but when thrust into a situation one must do what one must do.

Given the location, there is a good chance that the crime may have been captured on recorded surveillance video which will almost certainly assist police with their investigation into the incident.