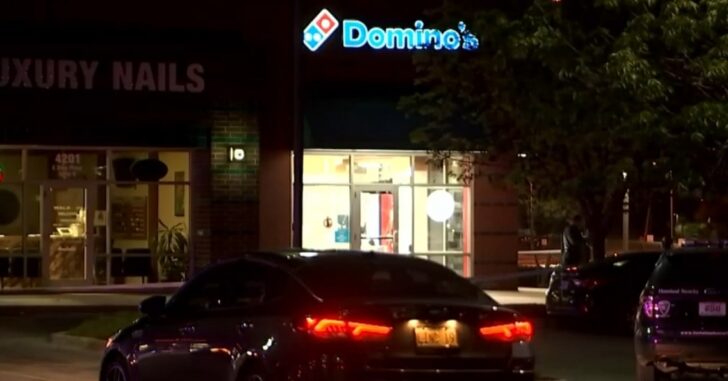 KANSAS CITY, MISSOURI – A man was fatally shot inside a pizza shop after creating a disturbance with employees.  According to police, it happened around 9:30 p.m. on May 5th at the Domino’s near Elmwood Avenue and Blue Parkway.

Investigators have determined that an armed man entered the business and began causing a disturbance with the employees. Evidence which includes surveillance video and witness statements indicates that a store employee fired multiple shots at the man, who was struck by gunfire and collapsed in the parking lot. He was transported to a local hospital where he was pronounced dead.  Police have identified him as 32-year-old Marc Davis II.

“I’m not angry. I’m hurt,” Davis’s cousin Natasha Smith said. “That’s a different kind of pain.” She says their large family is grieving. “It’s like it took a piece of us away,” Smith said. She says Davis’ family members will remember him as a loving son, brother, cousin, and father. “Outgoing and a wonderful father of two little girls,” Smith said.

Police detained the Domino’s employee for questioning, after which they were released pending further investigation. Once the full case file is complete, it will be submitted to the prosecutor’s office for consideration of charges.

Previous article: Why We Carry: Horrific Execution Of Woman By Her Ex-Boyfriend Shortly After Breaking Up Next article: Ja Rule Takes Irresponsible Gun Owner To A New Level With Instagram Post