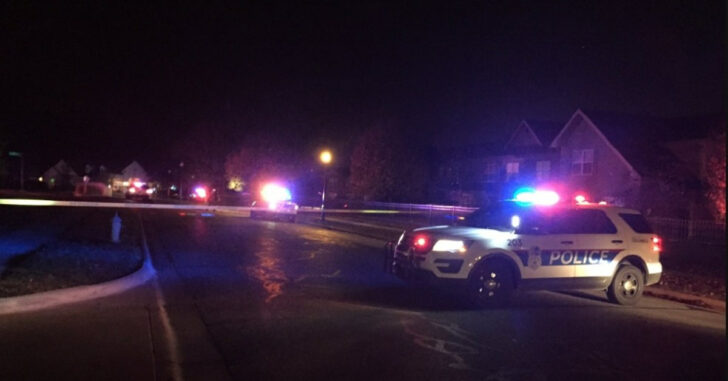 When Columbus police arrived on the scene, they found the driver of the car collapsed against the steering column. He had a grave gunshot wound to his upper torso that is believed to have come from the security guard defending his own life. They rushed him to a nearby medical center where the suspect’s condition remains critical.

According to Columbus’ ABC 6 News, police say the security guard fired a single shot in self-defense. He was properly licensed to carry a firearm and investigators believe he shot the suspect out of fear for his own life and safety.

Prior to the defensive gun use, the security guard said he rushed to a woman’s aid as she was being assaulted in a parking lot. The man who assaulted her then got into his car and attempted to ram the security guard. The security guard was able to fire one shot and strike his attacker in the upper torso, causing him to crash. No charges have been filed against the gun carrier.

This is why it’s so important to be armed every single day. Whether your profession is security or you’re just doing some holiday shopping at the mall, it’s important to keep your gun on you at all times. There is absolutely no telling what craziness will occur around you. As for this security guard, he obviously took his job seriously. When seeing a person in distress, he came to her aid. In the course of doing that, he was forced to defend his own life.

If he had been struck by the vehicle, he could have been seriously injured or killed. That’s no way to go out in this world while you’re simply trying to help others survive. As for his attacker, he can look forward to facing charges when and if he ever leaves that hospital. There’s angry people in this world and unfortunately, as security or just a person who interacts with the public a lot, you’re bound to run into at least one sooner or later.

Keeping that gun on you, knowing how and when to use it properly, and maintaining simple situational awareness can inevitably save your life. Your life is worth it. Carry everyday.

Previous article: Homeowner Tries Firing A Warning Shot -- Discovers Warning Shots Mean Nothing To Bad Apples Next article: "They Don't Care If They Kill You For $2, Or $5, Or $10" -- One Chicago Liquor Store Owner Fights Back