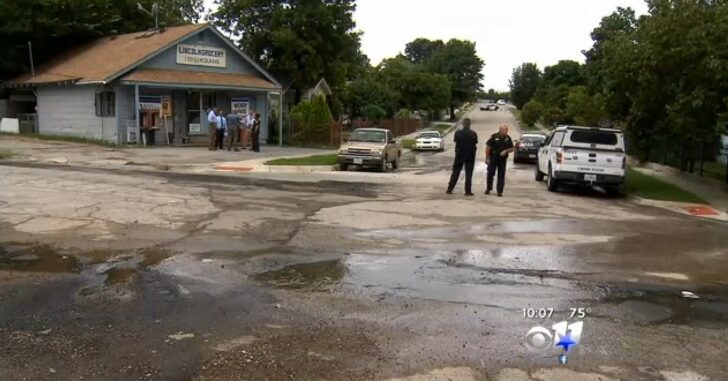 FORT WORTH, TEXAS — An attempted robbery at a shop in Fort Worth ended with one of three suspects being shot and killed by the shop owner.

The owner, who did not want to be identified, told reporters about the incident.

“Two guys with shotguns come to rob my store. But because they take the money, I shoot them,” the store owner said.

Police say three men walked into the store, one armed with a shotgun. One of the men demanded money from the owner. The owner obliged and handed over his wallet to the unarmed man, and then pulled out a firearm of his own and shot the man with the shotgun.

That man died at the scene.

The other two suspects took off, and police are still searching for them.

“Good for him. Better them then him I say because he’s a part of our neighborhood,” said Raymon Jara.

Ahh. A good guy with a gun.