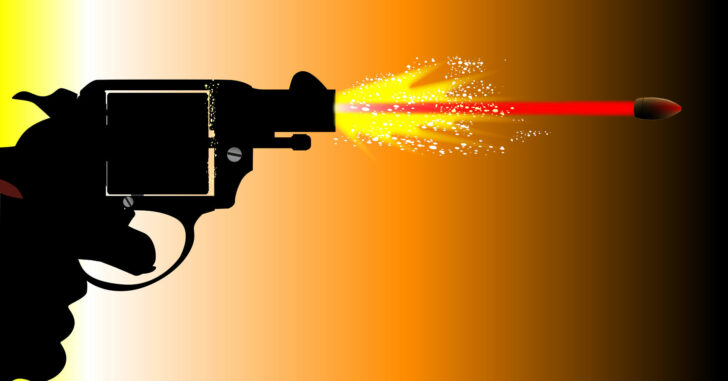 I am the kind of guy who likes to err on the side of caution. I prefer having a formidable gun and at all times possible I carry a double-stack 9mm auto loader on my hip and at least one reload. However, I often carry a snubby due to my life obligations that require me to dress in ways that do not allow me to conceal a more formidable gun. So, I am occasionally asked if I deem the snub enough gun. Here I seek to answer that question beyond the usual extremes of either the absurd “if you can’t get it done with 5” or the opposite “having only a revolver will get you killed in the streets.” As usual, the truth is probably in the middle. It is exceedingly rare to find bad outcomes related to the civilian defender running out of ammo and not being able to finish the fight, but the potential is there. When we discuss ammo capacity we get into the world of odds, stakes, and what you are realistically able, or willing, to carry.

Most civilians who get into lethal encounters prevail if they offer armed resistance. Criminals tend to become late for another appointment when the intended victim produces a gun. Any gun. But can we count on that phenomenon? The snub nose revolver, in all of its various machinations, is a mainstay in concealed carry. However, many argue that the limited 5 rounds and slow reload will certainly lead to your demise when fighting ISIS Sympathizers who attack the local Piggly Wiggly. Of course, in my experience, most who say such things don’t have a gun on at all, but will quickly tell you that they have a full-size pistol in their car. I presume the plan for these folks is to politely ask the assailant, be it Cricket the Neighborhood Crackhead or the said ISIS Sympathizers, to give them 30 seconds to go retrieve their pistol. Hmmm….

The issue is this: I believe the entire conversation we always have about whether or not the snub is enough gun totally misses the point of carrying the snub. I don’t carry a small revolver because it replaces my auto loader: I carry the snub when the choice is between it or no gun at all. And there is one thing I can tell you with confidence; the snub nose revolver is a whole lot more gun than no gun. When I can’t carry my main gun due to dress requirements I carry a snubby, a Ruger SP101 or LCR, and I don’t feel unarmed when doing it.

Many suggest using a single-stack 9mm like the Glock 43 or Smith and Wesson Shield rather than a snub but there remains a substantial difference in the dimensions between the snubby and the single-stack 9 concerning carry. Granted, some carry only in a way that the difference does not matter, but many find a significant difference, myself included. On paper they look similar, but on body the snub disappears and the small auto is still an auto, just a thinner one. That is the reason I fall back on the snubby and that is why it remains widely used among many. The snub works when anything else won’t, at least nothing else with equivalent power. If you need something that truly hides under a tucked-in shirt or in a pocket, the snubby revolver is the king. It is great as a backup in an ankle holster as well. While it is hard to shoot for many it is far more capable than most think, but it requires effort.

So, the merits of the gun are obvious for many who use it, but is it enough gun? The answer is not actually that complex. Do you want the answer? Here it is: the snubby is enough gun for the civilian concealed carrier most of the time and under most circumstance that a civilian defender is likely to face. Statistically, the vast majority of defensive incidents can be resolved with a 5 shot snubby. However, there have been events in which a snubby was not or would not have been sufficient. As a civilian you should be unlikely to get into a gunfight on any particular day but if you are just so unfortunate then the snubby should, statistically, provide you with the ability to prevail. But this is not always the case, so how prepared do you choose to be? What about those outlier events? Here are a couple that come to mind:

Famed watch shop owner Lance Thomas, survivor of several gunfights, fired 17 rounds in one particular fight in which he killed two of three gangsters who came into the shop and shot Thomas by ambush. Thomas Survived, the two monsters he exterminated did not. Thomas dropped the first guy by emptying an entire revolver cylinder into him. He then retrieved another gun staged under his work bench close by to continue the fight. I think it is safe to say that Thomas would have had issues had he only been wearing a 5 shot snubby. A second example is a high profile incident that occurred a few years prior to this writing in which a woman, home with her children, emptied a 5 shot revolver into a home invader, hitting him several times. The attacker fled and later checked into the hospital for treatment. What if that guy had been a determined attacker, or what if he had friends? Incidents that see ammunition capacity factor into survivability are not that uncommon for police officers, but they are very uncommon for civilians. Uncommon, however, does not equal non-existent.

The takeaway when looking at such events is this: when facing the average criminal who plans to high tail it out of dodge once facing resistance, the snub is plenty gun. When facing a criminal, or perhaps multiple criminals, who plan to stick around and fight to the death, not so much. I believe that a full size or compact double-stack pistol is the ideal choice between carry feasibility and fighting capability because if gives you enough gun to fight a serious fight with. While the outliers are rare, a modern high-capacity auto loader is a far more capable fighting weapon for such events. However, can you carry these more formidable handguns under all circumstances? I know I unfortunately can’t. If not, the snubby is a far better solution than being unarmed. It is the only gun that works for some circumstances so I love the snub. It really is that simple, but like all else in personal defense, not necessarily that easy.