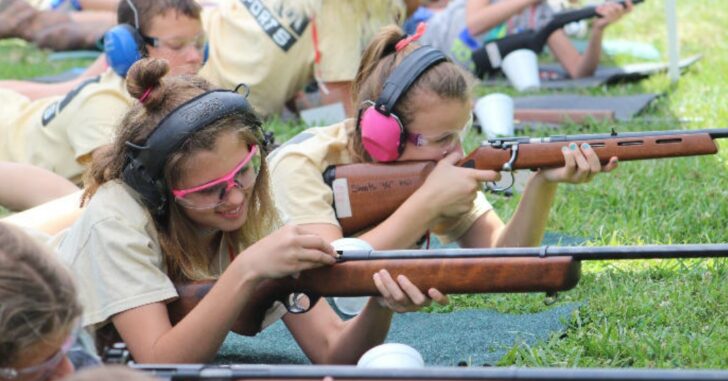 Remember, no one knows what’s better for you or your children than the state. Being a mouth-breathing, gap-toothed, deplorable insurrectionist gun owner, you can’t possibly be entrusted with the responsibility of knowing if, when, or how your children should be introduced to the proper use of firearms.

Fortunately we have wise, concerned, elected officials in government to guide us on this path. Let’s be grateful that people like New Mexico state Senator Antoinette Sedillo Lopez are there, watching over us all, ready to step up and lay out the approved ground rules for raising and educating our progeny in a state-approved manner.

Senator Lopez has introduced SB 224 that’s ostensibly “an act relating gun safety.” In addition to mandating the “safe storage” of all firearms in the Land of Enchantment, Lopez’s bill would fine any parent who dares to take little Johnny or Janey to a shooting range without complying with the state’s preconditions.

If signed into law, New Mexicans could be fined $1000 for taking a child under 12 years old for a day of plinking, no matter how safely you conduct yourselves. If your kid is at least 12, the government will allow you to pop a couple of soda cans with your 10/22, but there’s a hurdle you’ll have to clear before enjoying an afternoon of fun.

A minor may be an authorized user only if the minor is at least twelve years of age and has successfully completed a firearm safety training course.

The bill doesn’t spell out what constitutes a state-approved firearm safety training course, but Senator Lopez is probably hard at work right now drafting another bill to spell all of that out for you.

“The bill is an uneducated attempt to demonize firearms,” says the organization, adding that  “It is already a crime to place a child in a situation that endangers their life, this law does nothing to add to a child’s safety.”

This overreaching piece of nanny-state legislation communicates loudly and clearly that New Mexico’s government doesn’t believe its benighted citizens are intelligent or responsible enough to raise their own families without limits, guidelines and appropriate penalties put in place by the benevolent bureaucrats in Santa Fe. Conduct yourselves (and vote) accordingly.