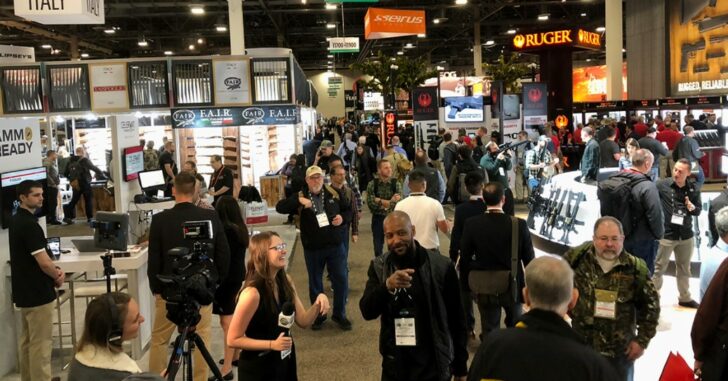 It’s been a difficult year-plus for the meeting and convention business, to say the least. The NRA recently cancelled its second consecutive annual meeting and exhibits and the 2021 SHOT Show was a Covid casualty as well. That said, the recent USCCA Expo in Fort Worth was well relatively attended.

However, in a move that casts an undeniable cloud over the prospects of the 2022 SHOT Show, SIG SAUER has decided that it will not be an exhibitor at the Sands Expo Center in Las Vegas in January. That includes the large, separate range day the company holds on the Sunday before SHOT each year.

SIG’s withdrawal is a big blow to the NSSF as SIG’s is one of the largest display booths at SHOT each year. What’s more, the decision could kick off a domino effect, causing other exhibitors who are still iffy about committing to SHOT 2022 to decide against it.

SIG SAUER, Inc. is proud to be an ardent supporter of the National Shooting Sports Foundation (NSSF) and leads the industry in support of the organization and its mission to promote, protect, and preserve the hunting and shooting sports.

Each January, NSSF hosts SHOT Show – the industry’s premier tradeshow.  As a strong supporter of NSSF, and an industry leading manufacturer, SIG has maintained a very large presence at SHOT Show and we continually grow our support for the organization, and our show presence, year after year. However, after thoughtful consideration, deliberation and a review of current circumstances, SIG SAUER has made the decision to not exhibit at the upcoming 2022 SHOT Show and will alternatively be making a $500,000 donation to NSSF to support both its mission and ongoing critical support of our industry.

For over 30 years SIG SAUER has attended SHOT Show, and we did not come to this decision without much thoughtful deliberation. Our number one priority throughout the pandemic has been, and will remain, our employees. SIG SAUER has an extremely large presence at SHOT Show sending over 140 employees to the show and our pre-show Range Day event. Maintaining this presence, or even a scaled back minimum presence for 2022, represents a significant health risk to all 2,600 of our employees across our 13 U.S. locations, as individuals attending the show return to our facilities and risk continued exposure to our entire employee base.

Additionally, based on the circumstances as they are known to us today, it is incumbent upon us to review this decision from a financial perspective. For the first time in many years, the SHOT Show space was redrafted, necessitating the need for a complete booth re-configuration and design. Out of pocket expenses from this point forward will be well over $1 million and based on the uncertainty of large scale shows and events, this expense is not financially prudent.

In closing, SIG SAUER would like to once again note the important and essential work of the NSSF on behalf of our industry and reiterate our support for the organization and its mission.

We’ve asked the NSSF for a statement as well, but haven’t received one yet. We’ll update this post with their it if and when we receive one.

While we’re obviously disappointed, we respect their decision and are moving forward to host the largest SHOT Show ever.