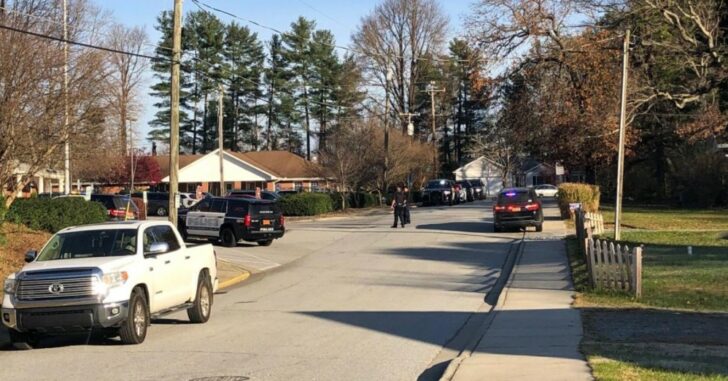 HENDERSONVILLE, NORTH CAROLINA — A student at a middle school allegedly brought a gun to school early Tuesday morning and while in the gymnasium, shot another student.

In a press conference held late Tuesday morning, Hendersonville Police Chief Bill Hollingsed said the shooting happened in the gymnasium with around 35 other students present.

The student that was shot, identified as a 12-year-old girl, was shot in the leg and taken to the hospital where she is in stable condition.

“We want to thank the administrators and staff here at the school for their quick response. As soon as the incident occurred, the had administrators on the scene very, very quickly in the gym and were able to secure the firearm and the individual involved,” Hollingsed said.

The motive for the shooting is currently being investigated.

It is possible that the student brought the gun to school to show friends, and a negligent discharge occurred. This is speculation on my part, but the shooting itself may have not been intentional.

As a reminder, the owner of that firearm is ultimately responsible for the security of the firearm, and could face charges in relation to this incident. It is up to us, as responsible gun owners, to make certain that unauthorized access to our firearms is not able to happen.

Having secure storage in place is important, especially when children are in the home. Teaching firearm safety is also an important step to ensure that children understand and respect firearms, which is shown to decrease the amount of incidents such as this.