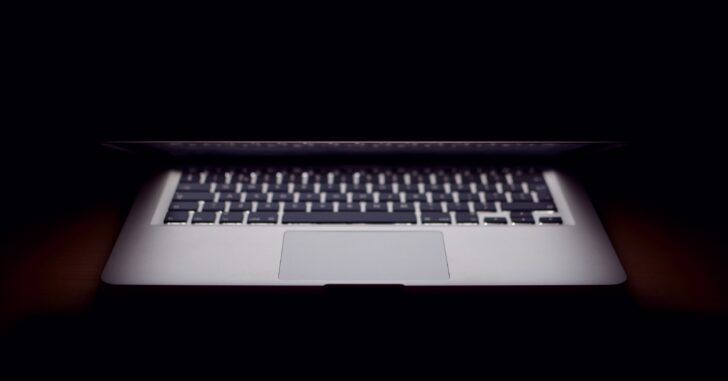 If you think about the internet as a whole, there are truly only a handful of websites that we interact with for the majority of our time. These websites have some of the largest populations on the internet, used by millions each day, and they all have one thing in common: They’re anti-gun.

While this article was written months ago and never published, it’s now coming to light after some events that have taken place this week. Because now, more people than ever are seeing the reach and impact that these companies have.

So far this week:

For the purposes of Concealed Nation, and many other pro-gun businesses, we use all of these sites that I’m about to list. Along with their name, I’ll share some details as to what we do with each, and how it affects business.

GOOGLE – Search Engine Giant, among many other things

Google can be found everywhere, and in so many different aspects of our lives. For our purposes, we’re talking about search engine results.

Let’s say someone is new to firearms and heads to Google to try and get some answers to questions that a new gun owner would ask. One common question that we see often: Is it safe to carry with a round in the chamber?

We like to fall on the first page, as anyone would. We’re currently #3 for that search, but there isn’t much to stop Google from hindering our ability to show up in these search results. They could do it to anyone at anytime, for nearly any reason. It’s a constant battle even without Google’s direct interference.

If you follow Concealed Nation, chances are you’re a member of Facebook. That’s where our roots come from, stemming back to shortly after the Sandy Hook school shooting that took the lives of innocent children. We started Concealed Nation to try and get people thinking about their personal safety, and the fact that help is (in most cases) at least a few minutes away. That’s a scary thought when you’re faced with a threat right now.

It worked, and today we have over 1 Million followers on the page. Sadly, we aren’t able to reach anywhere near that million, because our reach has been declining over time. Facebook will say that it’s strictly because of algorithm changes, but we know better.

We know it’s because we’re pro-gun.

What if they say, one day, that our page goes against their community standards? Again, just like Google, there isn’t much to stop them from pulling the plug. Their control is far-reaching, and the impacts are much larger than we can see on the surface.

We’ve had content removed on numerous occasions, but never once did we actually go against their terms and conditions. We had them reverse a decision on one or two occasions, but the problems still persist. It stings even more, because we are adamant about not going against their TOS, but still find ourselves penalized.

YouTube, owned by Google, can do as they please just as the others we’ve discussed so far. Demonetization of firearm-related YouTube channels is something that happens often, and limits the amount of revenue those creators can bring in. Most of them, ironically, are doing things and sharing content that promotes safety. That goes for all of these avenues, as well.

Instagram is a Facebook-owned company. Are you beginning to see how everything is tied together? We can’t speak for Instagram personally, because we honestly don’t use it all that much. We should, because it’s a powerful platform that people use and rely on, but we’ll still have problems.

AMAZON – Buy literally anything, with a side of hosting

We all know Amazon, but did you know that they also provide hosting services? Many websites utilize these services, and they can clamp down on content that they don’t like. Quickly.

Did you also know that many people earn a living with affiliate links? Amazon is huge on this, and many people in the gun space rely on their affiliate program to generate income. Could they ban pro-gun people and businesses from continuing this practice? Sure.

Posts flagged, profiles removed, and from our research, the majority is done unjustly.

How have pro-gun businesses survived this long, you ask? Well, a large part of it is knowing people who work at these businesses, who are pro-gun and can help when things go downhill. Was your Facebook page removed? You’ll need a good contact at Facebook to help with that. Was your YouTube channel demonetized? We hope you have a contact at Google.

If you don’t, you’re most likely out of luck, as it’s nearly impossible to reach someone at these companies who will actually look at the problem.

The true problem is that, outside of automation, any attempt to dispute a policy breach or content issue is typically going to fall on deaf ears. When we have a post that’s been flagged and removed, and we know it hasn’t gone against any policies, we’ll dispute it. We picture this happening: A reviewer sees the dispute and is anti-gun, and automatically denies the dispute request. Maybe that’s what happens and maybe it isn’t, but that sure is the feeling. We can’t recall a time when we’ve received a dispute response that specifically told us what rule(s) we broke, and that type of content management doesn’t help anyone.

Maybe these companies have grown too large, and simply can’t handle the load of disputes that come in. Maybe their systems need to be updated with better intelligence, or maybe their employees need more guidance.

Or maybe, they simply don’t care because we’re pro-gun, and we don’t line up with their beliefs.

But the ironic thing is, the vast majority of what we promote is responsible gun ownership. Safety. What to do and what not to do as a lawful gun owner. We go over laws from every state, and we examine self-defense situations that have happened in real life.

Our tagline is literally: We Are Responsible Carry.

We call out irresponsible gun owners on a regular basis, and take those unfortunate opportunities and turn them into learning opportunities, so that others don’t make the same mistakes and decisions.

To the anti-gun internet, it doesn’t really matter.

Yet here we are, writing an article that we will share on Facebook so that you can view it, and maybe it’ll even be included in Google’s search index. We rely on these companies to help us promote what we do, and they literally control the internet.

We could sit here and talk about freedom of speech and anything else, but the bottom line is that each of these companies are private companies, and for the most part can decide what content is on their platforms, and what users can participate. It’d be up to the courts to decide of any wrongdoing is occurring, but taking on billion dollar companies isn’t an easy thing to do.

What can we do about it, you ask? That’s the big question. For now, we can try to abide by their terms and conditions, but still run the risk of getting axed. All it takes in some cases is a few users flagging content, and that’s when the algorithm kicks in. Then, as stated earlier, you’re in the “Good luck talking to an actual person” boat.

We’ve let it happen over time, and have allowed and helped these companies grow even larger.

These are tough times for the first two amendments, and it’s not going to get any easier. Freedom is at stake, jobs are at stake, and so much more.

Previous article: Bear Spray Can Be An Effective Tool Against An Aggressor (Or In This Case, Multiple Aggressors) Next article: Road Rage Incident Leads to Man Being Fatally Shot After He Follows Other Driver Home