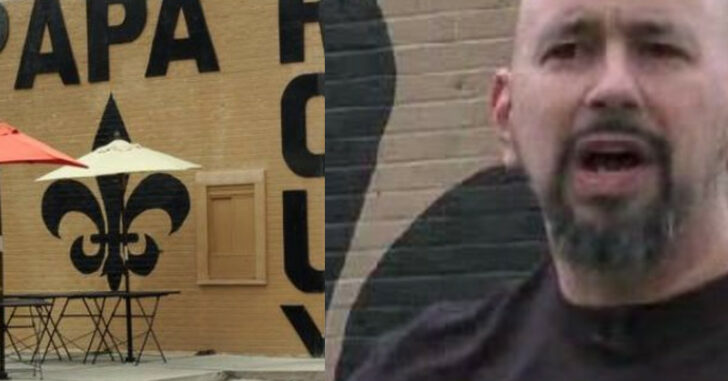 INDIANAPOLIS, INDIANA — Following a rash of armed robberies of businesses on the East side of Indianapolis, Papa Roux owner Art Bouvier is now offering a 25% discount to any patron showing his or her valid concealed carry permit.  This comes directly after an armed robbery on the Cajun eatery — the first in its eight years of ongoing business.

According to the accounts given through the Indianapolis Star, the alleged armed robber repeatedly told employees at the cash registers that he did have a gun, though he never brandished it.  He was able to make off with the cash in the registers as well as the tip jars.

According to the owner, he has always advised his employees that money is replaceable but they are not — so they acquiesced to the robber’s demands and he departed with the loot.  This brazen theft has left the owner fuming mad that anyone would threaten his employees or potentially his patrons.  It was one of the driving factors to him offering a 25% discount to legally carrying customers.

“I don’t want Papa Roux to turn into the O.K. Corral,” Bouvier told The Indianapolis Star by phone Sunday morning, “but I don’t want to be an easy target.”

After learning about the armed robbery on his restaurant, Bouvier took to Facebook to make this important announcement:

“If thugs are going to come in and threaten OUR extended family with guns, you’d better believe I will use every trick I know to protect (our family),” he wrote.

As if Indiana concealed carriers needed another excuse to visit one of the most delicious restaurants in the Broad Ripple district, there’s now a clear incentive.  According to the Indianapolis Star, the owner reports that the response has been overwhelmingly positive — though a few people voiced their disagreement.

The restaurant is already frequented often by law enforcement and is considered to be a generally pro-2A place.  This added incentive will only make it a much more dangerous mark for potential armed robbers in the area.