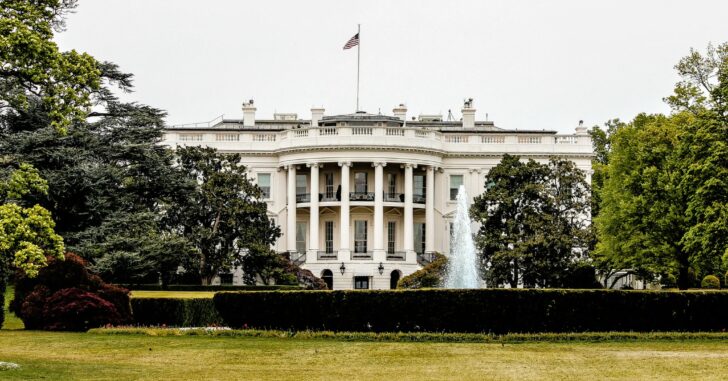 Newly inaugurated President Joe Biden and his running mate, Vice President Kamala Harris have made no secret of their position on guns and their desire to enact sweeping actions and legislation that will forever change the firearms landscape. With literally dozens of promised moves against gun and ammunition manufacturers, gun dealers, gun owners and future gun owners for decades to come, this administration bears watching by anyone with interest in the firearm community.

There is no doubt that the President can assert considerable power through Executive Orders and wield considerable influence on legislation at the federal level, as well as at the state level in many cases. History tells us that many times the power of the Executive Branch is somewhat limited by the Legislative Branch and the Judicial Branch…unfortunately that may not be the case for the next four years. It’s often been said that elections have consequences. Let’s look at the three branches of government, and the consequences that may result from the 2020 elections.

The Executive Branch consists of the President, Vice President and the Cabinet, whose members are hand-picked by the President. It is the responsibility of the Executive Branch, acting through hundreds of federal agencies, to carry out the laws of the United States. Presidents have also historically worked with, and sometimes against, Congress to get many laws enacted, changed or repealed.

The House is currently solidly in control by the President’s party, the Democrats. With 222 seats compared to the 212 Republican members, the Democratic majority is led by Speaker of the House Nancy Pelosi of California. End of story on that side of the Capitol Rotunda.

The Senate is also now controlled by the Democrats, despite the fact that each party has elected 50 members. The Constitution gives control of the Senate to the Vice-President, who serves as the Senate president and presiding officer. Vice President Harris has officially declared Chuck Schumer of New York as the Majority Leader. Do not make the mistake of overlooking the power of the Vice President in this administration and in future sessions sessions of the Senate.

While the VP often plays second fiddle to the President, this particular arrangement gives her the power to deliver to the President exactly what he wants and needs from the Senate – the majority vote in all matters whether they be cabinet or judiciary appointments or legislation supporting the President’s agenda.  The VP normally abstains from voting on Senate matters…unless there is a tie, which gives her the duty of casting the vote to break the tie. With partisan voting being the rule rather than the exception, we are sure to see many times over the next four years when the Senate will be deadlocked and Harris will be called on to cast the tie-breaking vote, securing the win for her party, and more importantly for her immediate superior, in all matters legislative.

The Judicial Branch consists of federal judges in all 50 states and the United States Supreme Court.  It is the responsibility of the courts to interpret and rule on laws…not to create them. Lower courts may rule on federal law with far-reaching consequences, with appeals of lower court decisions going to the highest court in the land, the Supreme Court.

The President appoints a nominee to fill any vacancy on the Supreme Court, and the appointee must be confirmed by the Senate. Since the current Court leans toward the conservative side, there has been talk of the Democratic controlled Senate adding several new seats, giving the President the ability to appoint justices who share his views on a wide variety of highly controversial matters. The intent of this action would be to achieve a liberal majority in the Supreme Court.

As you can see above, the normal system of checks and balances that was intended to exist among the three branches of government is now all but non-existent with Democrats firmly in control of the Executive and Legislative branches, with the combined power to align the Judicial branch with them through the addition of new justices.

Now, the Biden-Harris agenda with regards to gun control measures that will undoubtedly have strong support at the legislative level immediately, and possibly at the judicial level in the months and years to come.

The President considers gun violence to be a public health epidemic. As a United States Senator, Biden was instrumental in two Congressional actions regarding guns. In 1993, with the Brady Handgun Violence Prevention Act, which established the background check system; and in 1994 when he teamed up with Senator Dianne Feinstein resulting in the 10-year bans on so-called “assault” weapons and “high-capacity” magazines. As Vice President under President Obama, he led the efforts that resulted in over two-dozen actions following the Sandy Hook Elementary School tragedy in 2012.

President Biden has the NRA, the firearm industry, and millions of legal firearm owners in his sights. Who can forget his campaign statement to former U.S. Representative and failed presidential hopeful Beto O’Rourke…ok, the President may have forgotten it but you can bet Beto hasn’t. Then candidate Biden promised to make O’Rourke his “gun czar” and O’Rourke then uttered the infamous words, “Hell yes, we’re going to take your AR15, your AK-47.”

President Biden has promised to push legislation to remove the civil liability protection for firearm manufacturers, ban the manufacture and sale of “assault” weapons and “high-capacity” magazines, and ban the import of such items by executive order.

He also plans to more highly regulate the possession of existing “assault weapons”, similar to the current ATF registration requirements for machine-guns, silencers and short-barreled rifles. He intends to accomplish this through an ultimatum: sell the specified guns and magazines to the government through a buyback program or register them under the National Firearm Act.

Other planned actions would reduce the allowable purchase of firearms by a person to one per month, further expand the National Instant Criminal Background Check System to be required on all gun sales, including those between private individuals; extending the waiting period for it to be completed from three to ten days; and requiring the Social Security Administration to report anyone that the agency has judged to be incapable of managing their own affairs due to mental illness.

The President also plans to place a non-conditional ban on the online sales of firearms, firearm kits and parts, and ammunition, and to forever ban do-it-yourself guns, often referred to as 80% or “ghost” guns.

He will also encourage all states to enact and enforce extreme risk, or ‘red flag’ laws, which enable family members or law enforcement officials to temporarily remove an individual’s access to firearms when someone feels that the individual is in crisis and poses a danger to themselves or others. The U.S. Department of Justice will issue best practices and offer technical assistance to states who establish these programs, and they will be given federal funds to implement the programs.

There is more…much more…to his gun control plan – far too much to cover in this article. The President’s second-in-command has her own history and platform of gun control measures, and is almost certain to be in lock-step with her boss on all of the proposed measures…and any legislation presented in Congress is almost sure to pass now that Republicans have no means to stop it. Ultimately it will fall on the Judicial Branch to determine if law are constitutional and to issue rulings on cases brought before them.