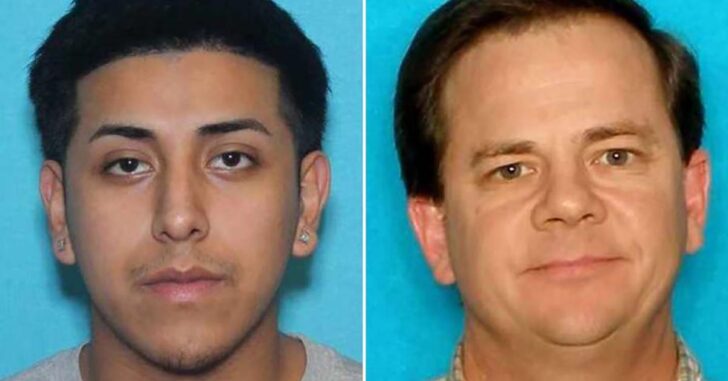 UNIVERSITY CITY, TEXAS — A family is destroyed after an 18-year-old thug, with no regard for human life, shot and killed a man as he was trying to defend himself.

In a perfect world, 18-year-old Jonathan Andrew Perales would have been the one who didn’t survive the shots fired by 51-year-old Michael Clayton Robinson.

Instead, Perales was shot twice but is expected to survive.

Universal City Police Lt. Steve Mihalski said Perales broke into the home in the 8400 block of Ulysses just before 2:30 a.m. and awoke a woman inside.

The woman looked out the window and saw an unknown vehicle in the driveway so she woke up Robinson who armed himself, police said.

According to Perales’ arrest warrant affidavit, Robinson grabbed his 9mm Glock and immediately saw Perales upon opening his bedroom door.

Robinson yelled “Get out of my house,” the warrants states. Shots were fired, and Robinson was hit once in the torso, police said.

A man with a wife and two children, who lived through many things in his 51 years on this earth, is ultimately taken down by a teenage thug who is so lost in life that he took to breaking into homes to take things from people who worked hard for them because he’s incapable of doing hard work himself. As sad as it is of any loss of life, I absolutely wish that Perales were the one who lost his.

It’s a cold thing to say, but Perales was the one who put this homeowner in a dangerous situation, and it’s not fair that Perales gets to wake up in the morning and the homeowner doesn’t.

It’s not fair that Perales gets to sit in a prison and breathe air, and Robinson’s wife and children only get to visit his grave.

Perales is facing capital murder charges in the state of Texas, which means that the death penalty is on the table.

Still, it’s not fair for Perales to live the many years it will take to see his end if convicted.

The only thing that Perales is good for is a learning opportunity that we use when we can: At the very least, Robinson had a fighting chance against Perales because he was armed with a gun. In fact, he got shots on his target. This is a story, like many others, to bring up to people who do not have firearms for self-defense. It’s a story that should be shared, because it’s a cold and hard reality of the types of people who are out there.

And those people don’t care if you make it out alive from something that they started.