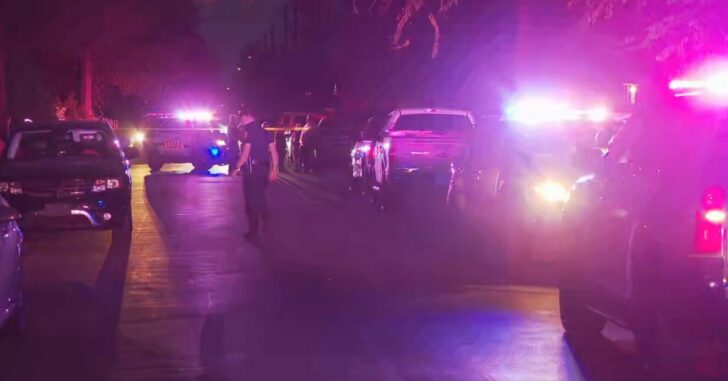 SAN ANTONIO, TEXAS –  San Antonio’s finest were dispatched to the 700 block of Brunswick Boulevard around 5:15 pm on Thanksgiving Day to deal with an incident stemming from an uninvited guest at a holiday family gathering.

According to SAPD Captain Eric Hightower, a woman was in attendance with her new partner, a situation which her ex-husband was not pleased with.  The ex showed up at the property and got into an argument outside of the house with an other family member who encouraged him to leave.

Rather than leaving, the man pulled a gun and started shooting.  The ex-wife was shot in the hand and her aunt was shot in the buttocks. Another family member pulled his gun and shot the ex “multiple times” before the suspect left and drove himself to Baptist Medical Center.  The hand wound was treated at the scene by EMS, while the buttocks wound required transportation to the San Antonio Military Medical Center (SAMMC).

Police were contacted by BMC, and the suspect was transferred to SAMMC, a Level I Trauma Center,  as well for treatment of serious trauma and life-threatening injuries, and was listed in critical condition. Police say he could face at least two counts of aggravated assault with a deadly weapon, pending the findings of the investigation.

No charges are expected to be filed against the second shooter, as it appears that he was acting in self-defense of himself and others.

Previous article: Armed Robber Charged with Felony Murder in Death of His Partner in Crime After Concealed Carrier Defends Himself Next article: Your Life Can Change In An Instant, Without You Doing Anything Wrong - VIDEO